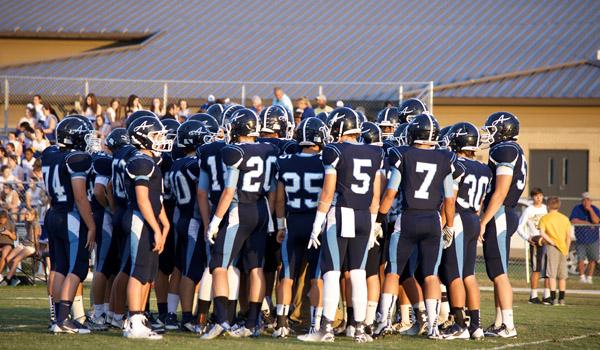 The year 2014 AES football season is the best in our school’s history. No other football team any other year has been this successful.

The Gators finished with a regular season record of seven wins and three loses. The three loses were to Opelousas Catholic and Vermilion Catholic on the road and Central Catholic in the swamp. The Gators’ record on district play was four wins and two loses. The Gators went on the road to claim victories over Gueydan and LCA. The team added on two more wins, defeating Hanson Memorial and Highland Baptist (AES homecoming game) at home.

On another note, the Gator fans have shown up this year. The previous years the student section has been an understatement. It has been even worse on the road games these past few year, but this year everything has changed. The student section has been screaming and yelling for the gators in rough times and in glorious times. This year the student attendance has doubled last year’s attendance. Also students are not just showing up to the games but cheering the Gators loud and proud onto victory.

The Gators are looking for the teams first playoff win this Friday November 14, 2014. We hope to see you in the stands at Hamilton Christian, and go Gators!