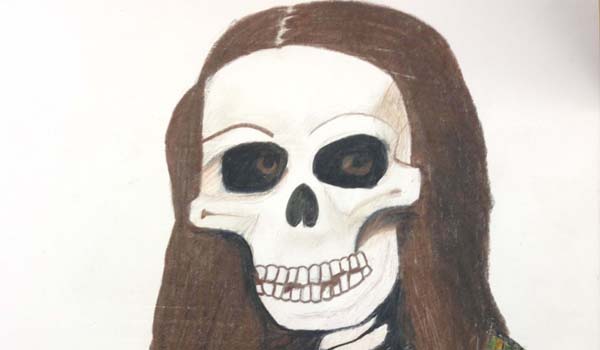 The sedative effects of the Nembutal tablets were all but instant. In fact, they had begun to lose their potency after she was 2 weeks into her treatment regimen. Nearly three months had past since then. Restless nights were now a recurring ritual that were beneficial during those special marathons of trash T.V. in the early hours of the morning, but torturous any time after noon the next day. Sunrise did not bring any signs of hope for her either. If she was not thinking of prejudice remarks made purposefully in her presence or struggling to maintain an attitude of composure, then she was fighting a fierce battle with fatigue, straining to not fall into a world of unconscious bliss. And yet, she endured it with such bravery that it would make a narcissist show emotion. Being a culminated effort of sure will, it would prove to be challenging for anyone, nevertheless a fifteen year old. Consequently, depression and depravity were inevitably worsened by an ineffective prescription drug. That’s the biggest side effect of legal narcotics: they’re never strong enough. But insomnia was definitely not the most serious problem she had.

Dropping an empty off-white bottle onto the cold bathroom floor, she examined the drinking glass that held a toxic cocktail made from crushed pain killers and Seagrams’ Extra Dry Gin by the face bowl. Looking at it, she determined that four ounces would not be sufficient, only enough to sedate an adult male temporarily. Eight ounces was more promising, but if the body was really resistant, then a mild coma maybe the only effect. Arriving at twelve ounces, she left no room for error. She hastily crushed two more Tylenols and added more liquor to the solution. Without any hesitation, she chugged the mixture like it was water without making any facial expression in response to the strong drink. With the Nembutal tablets swallowed and the death drink consumed, the only ingredient left in her recipe for eternal sleep was a tub filled with warm water.

It was such a gloomy afternoon that not even Helios carried the sun across the sky. Not a single soul in the sleepy town dared to disturb the silence, with the only exception being Dr. Guillaume. Not because he was in any mood to relieving the ailments of his patients, but his determination to get to the office was caused by his amorous appreciation for his practice of medicine. At least, that’s what his daughter thought. “Only a perverted man would become a gynecologist”, she thought to herself. But the rest of the town didn’t feel this way. In fact, he had one of the largest cliental bases in the county, seeing on average twelve patients a day. Maybe his daughter just resented him and couldn’t stand to seem him doing so well, as if he didn’t deserve it . After all, they never did get along. But she knew things about him that would undoubtedly ruin his reputation not only as a medical professional, but as a person. And that was just at the very least. Dr. Guillaume would be lucky if charges were not pressed against him if his daughter would confess the truth to the world about what happens behind closed doors. Fortunately, this was all hypothetical for the doctor, and while he now knew to not cross certain lines with her, he had come dangerously close to those boundaries in the past.

Jenny Guillaume, on the other hand, was not nearly as headstrong as her husband. On occasion, he would blatantly remind her of his supposed superiority, especially during arguments. But Jenny wasn’t weak either. She could be just as cold and callous as her husband was arrogant, but she didn’t dare show it in his presence. The only person she could act her true self around was her daughter, which means that the daughter always drew the shortest straw in the hat when confronting her mother. It could be something as simple as forgetting to wipe spilled water off of the floor after bathing or misplacing her ADHD medicine and becoming hyperactive for the day. No matter the situation, Jenny always found a reason to be pissed at the poor girl. This problem grew completely out of control as she started her teenage years, and at one point, turned into physical abuse. Little did Jenny know that her daughter had a very similar relationship with her father that had lasted for almost three years, which was much more degrading than the seemingly petty slaps in the face administered by her mother. But how could Jenny know? There was no communication between the two parents whatsoever. It seemed as if by chance that the the two parents were never home together at the same time, and yet the tension was so thick in that house, that one could cut it with a butcher’s knife.

Water filled the bathtub fairly quickly, faster than normal. It felt like the speed of gallons flowing per minute matched that of her own heartbeat. But after the tub was filled and the knobs were turned, the beating of her heart began to slow drastically. This effected her whole body, as she began to perceive everything around her as happening more slowly. The towel rack that was once used as a simple device for decorative organization, was now a fixed point that time warped itself around endlessly. The light emitted from the dust covered bulbs seemed to defy the very rules of quantum physics, as if each particle took longer and longer to hit the objects in the room. Even the ripples in the pool of water seemed to take forever until the waves faded out into dry stillness. She had a very short window to act because time was definitely not on her side. The drugs would be entering her bloodstream any minute now, meaning she had to enter the tub soon so the warm water could ease the pain of what would be the most agonizing moment of her life. She undressed herself for the last time. No longer was there any cover-up for the range of bruises that discolored a large portion of her back side. The days of hiding the truth were finally over. She slid her way into the tub, nearly slipping on the smooth porcelain, all a result of clumsiness induced by the soporific effect of Nembutal.

Sometime in mid-December, amid the hustle and bustle of Christmas shopping, Jenny Guillaume received a call from Madison Preparatory Academy. Looking at her phone, she recognized the number as the same seven digits that cluttered her call history for over a month now. Yet, even with those calls being so predictable, she still didn’t take the time to store the number as a contact. Answering the phone, she expected to hear the same greeting that she had grown accustomed to. “What was it now?”, she thought to herself. The list of possible offenses played through her head like a mixtape. But she did’t care so much what it was anyways, as long as she didn’t have to drive to the school. However, this was a very different phone call.

The same mundane tone could be heard in the principle’s voice, while Jenny on the other hand was caught off guard by this new accusation. “We will not tolerate this”, the principle said, “This is a Catholic school that has certain standards to uphold and we will not let the work of our most beloved St. Francis be defiled by your repugnant little girl. This is not a reformatory school!” The dial tone went cold.

Jenny was sickened to her stomach, frightened about what to do next. All of her regrets and frustrations suddenly came to mind. She knew that she was a bad parent for a long time, but she couldn’t find any viable solution to fix it. Without any professional help, she systematically took her aggressions out on the only one that was vulnerable in her life. But at this very moment she realized, ironically, that she was the most vulnerable one of them all. All along, her character had acted as a front to mask the bitter disappointment in herself as both a parent and a human being. With nothing left to consider, she drove off down Route 18 going eastbound. She wasn’t going to the Academy, nor was she driving home. Her destination was unknown, but one thing was certain. Her daughter would be walking home that day.

Almost asleep in a watery ceramic grave, she contemplates the memories of her short, 15 year life span. Recollecting on the hardships of her condition, she thinks that maybe her life was not so bad after all, and that she could not have possibly been that bad of a person. It wasn’t her fault that she could not conform to the societal norm or that her dad was a pervert and her mom was mildly sociopathic. In fact, when compared to those issues, her condition was very insignificant. Besides, she wasn’t so complacent about her own lifestyle anyways. Maybe if she could just stick with it for three more years…..then it hit her.

She used both of her arms and all of her strength to push upwards towards the surface. The water that drenched her entire face had made it difficult to breathe, but at least she was still breathing. A mixture of water and sin had sunk so deep into her tiny pores that climbing out was nearly impossible. Gravity and exhaustion proved to be a symbiotic relationship that was intent on keeping the girl under water for just a few more seconds, but even these physical properties were no match for her new surge of reassurance. She was so confident that her epiphany would lead to a happy ending.

The emergence from the grave marked the most propitious moment throughout the whole five minute ordeal. Psychologically, she felt that her narrow escape from the grips of anxiety meant that she could now try to reclaim control over her life. But in a physical sense, one thing she could not feel was contact between her feet and solid ground. Instead, a thin layer of water separated the heel from the grout, resulting in a loss of traction. Without any notice, and immediately after her new found hope, the girl took one step towards the bathroom door. Having no object to keep her balance, she glided across the bathroom floor like a wet rag on a slip-n- slide. Depleted of physical strength, her arms, which had morphed into thin strands of pasta, provided no help to keep her face from making contact with the face bowl. With an unbelievable amount of force, her skull hit the smooth porcelain sink, just enough energy to plow straight into her frontal lobe.

Crashing onto the pale cold floor, Dr. Guillaume’s daughter lay dead. Several empty medicine bottles lay strewn across in a chaotic pattern, swimming in pools of blood. What was once an arrangement of oxford white tiles, was now tie-dyed with the bloody ruins of a 15 year old girl. With all of the materials that made this scene so grotesque, one thing was now definitely removed from the room: her soul. And while there is no conclusive answer as to the whereabouts of her spirit, if it still exists, it is sorry for refusing to simply take five seconds out of her former life to wipe misplaced water with a clean towel.