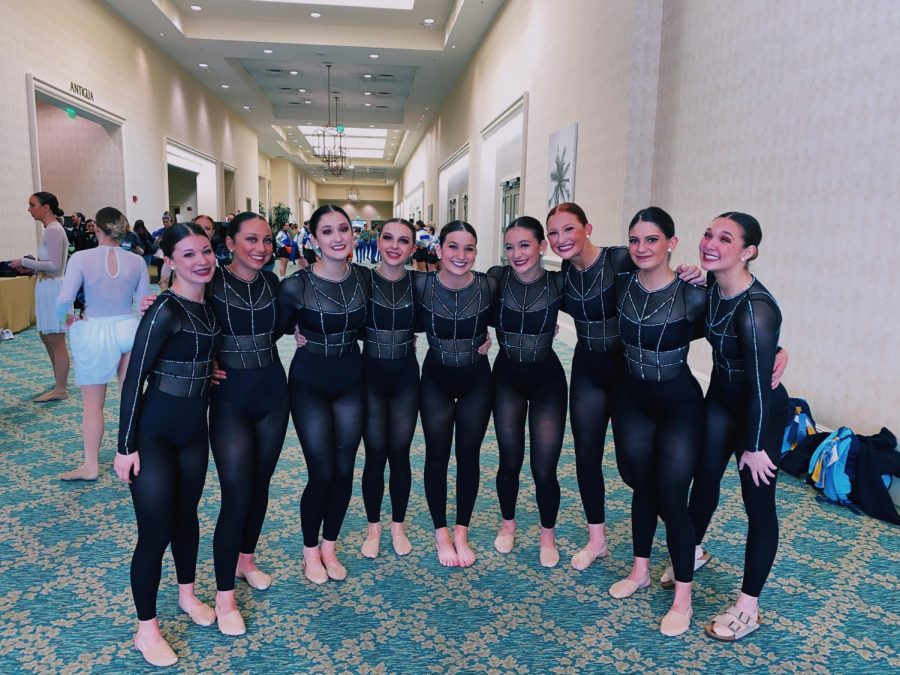 This year Gator Jazz traveled to Orlando, Florida for their very first national dance competition. On Wednesday we arrived at the Lafayette airport at 11:00 sharp. We first flew to Houston, Texas and then finally got on a flight to Orlando. When we arrived, Dance Team Union was so welcoming! They had a big banner that had Ascension Episcopal on it. We walked for hours it seemed like, my feet felt like they were going to break in half, but we finally made it to our villa. Once we got settled in our clean beds, we crashed.

Thursday was our free day, so we decided to take a quick trip to Universal Studios. We rode all of the big rides but The Hulk was everyone’s favorite. This was our last ride and we did this one at night time over water, which goes upside down about eight times.

Sunday we competed both routines again and killed both. Final awards were on Sunday and out of thirty teams, Gator Jazz came out third in pom and fourth in jazz. For never competing at nationals before, I think we left our mark. We are so proud of ourselves and we can’t wait for next year!