Basketball Season is Back 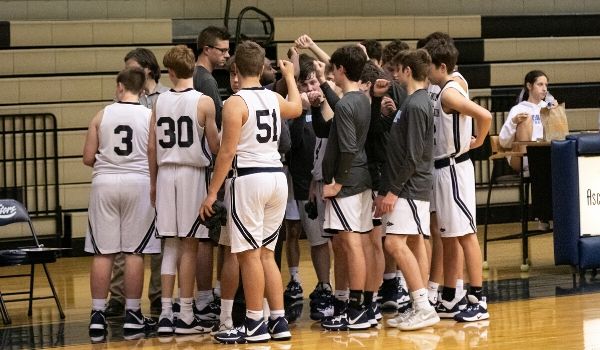 The basketball season officially kicked off with boys JV and varsity on November 18th and with the girls varsity on November 19th. Both varsity teams have a variety of grades that make up the team. The boys varsity have freshman, and the girls varsity team has eighth graders. Unlike other schools, Ascension gives everyone a chance to play and prove their skills no matter how old you are. Even when tryouts are held, everyone makes the team.

As of now, the boys varsity team has a winning record of five wins and four losses. So far this season they have played and beat Erath three times. The boys are led by seniors Ethan Leoni, Quaid Foshee, and Lucas Favaloro. Junior Jude Ardoin said, “I like basketball season because I have been able to bond with many of my teammates.” On the other hand, the girls varsity team has no seniors on the team this year. Therefore, they are led by juniors Annie Mouton, Anna Kathryn Charbonnet, Camille Blanchard, and Eliza Buxton.

The exciting season we all love has returned. No more waiting to pack the student section and dress the theme to cheer on our Blue Gators. The ability to score a point on every possession and the fast pace of the game is what makes it so exciting. Senior Alyse Cormier proudly stated, “The boys varsity basketball game against Erath was exciting, and I am glad I attended.” Everyone should come out to support all of the basketball teams this year, and you will get points for the gator cup!!