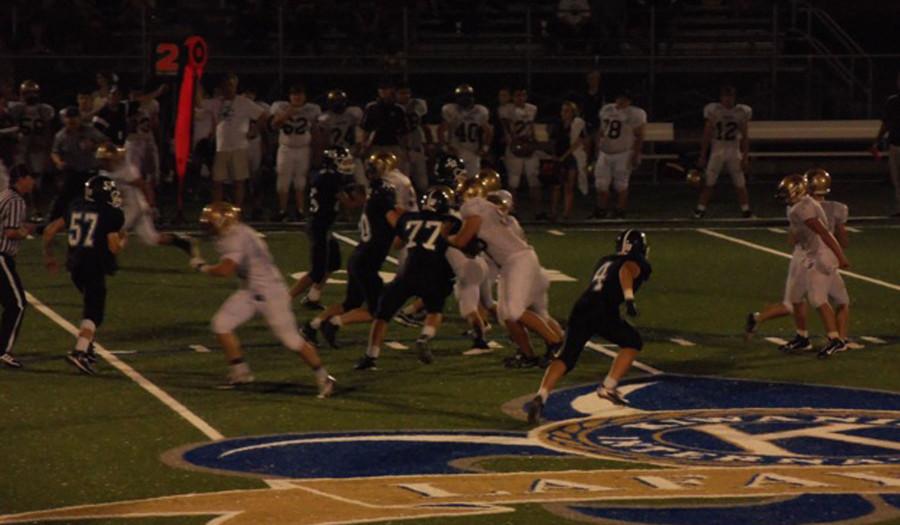 As most of you know, this Friday, Sept. 20th, is the last home football game at Clark Field ever.

Clark Field has been a place where the Ascension football team has made memories, marked history, and developed as players since 2008. Most of the senior boys have been playing on this field since middle school. Some will be sad to part but excited for the new memories they can make on the new field for the rest of their high school careers.

Senior Alex Stuart said that he will always remember the time when alumni Davis Brown ran off the field, accidentally tackling Mrs. Parra, and breaking her camera. He also reminisces the time, “When Miles ran up to the line and fell”.

Also, Seniors Joey Greco and Trevor Doucet joke about not winning a single game last year on Clark Field. Which definitely shows how much the boys have improved (2-0!).

Senior Logan Daigle commented on how he is going to miss the turf at Clark Field although he is really excited to see the new memories the team makes on the new field.

“Hopefully, as good as me slipping, falling, then kicking the ball on Homecoming,” said Logan.  “Also, I remember Joey not making a touchdown on any games at Clark Field!” Logan said, sarcastically.

Obviously, the boys have developed as players during the years playing on Clark Field. They have made so many memories, made their mark, and learned how to be great teammates. Hopefully, the senior boys will finish off their season strong on the new field, and that it will be a great addition to our campus.