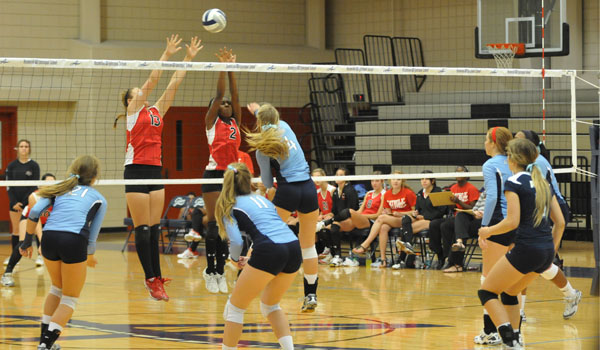 The AES volleyball team played Catholic High of New Iberia here at home in the swamp on Tuesday.

Even though the team played a great game, they could not pull through with a win against the Panthers. The girls fell behind two games to one to start the match. The Gators rallied in the fourth set, but still lost it 25-23.

The fans of the Blue Gators volleyball team made their  presence known. The Super Fans, a.k.a. The Blew Crew, came out to support the team, dressed in new, signature T-shirts. They led the crowd in cheers, songs, and noise-making.

Many fans and players think that the team looks promising and have hopes for a championship.

“We have high expectations for this season and hope to make it far,” said Junior Summer Milam.