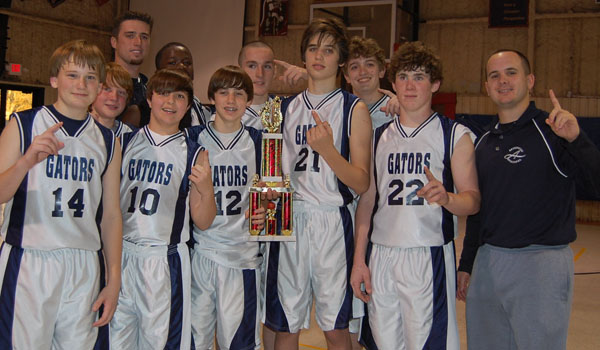 AES basketball players at every level have been enjoying success this season.

The Upper School varsity team had a 10-9 regular season and is 2-0 in District.  The Gators are currently on a six-game winning streak and are ranked #26 in Division 1A.

“We have improved so much since the beginning of the season, and it is showing in the results of our games,” said Coach Eric Mouton.  “We do not turn the ball over as much, and we are out-rebounding our opponents. If we continue that we could make the state playoffs for the first time in school history.”

The Upper School junior varsity team boasts an impressive 15-2 record.  Both jv and varsity were away against Central Catholic of Morgan City last night.  Varsity will play Gueydan at home on Friday at 6 p.m.