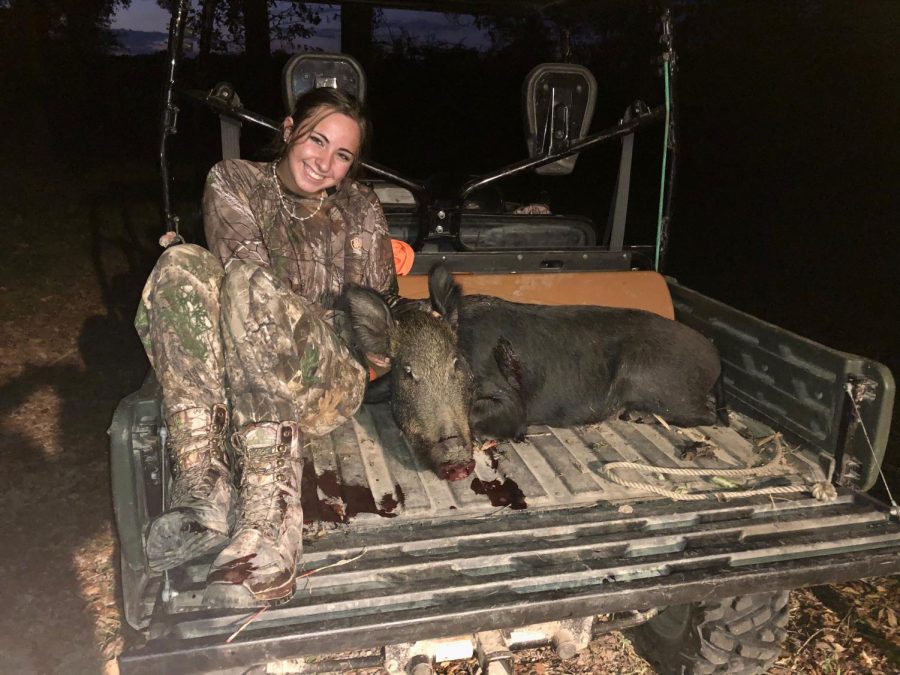 Future Plans: major in biology or pre-med, then go to medical school

Jillian Rizzuto is involved in several extracurricular activities, one of which is swimming on the Ascension swim team. She swam competitively when she was younger and in middle school before she quit. Not two years later, Coach Colleen tracked her down and got her to join the Ascension team. Jillian has worked hard to improve as much as possible, and her favorite stroke is backstroke, which she competed in at state last year. She loves to be able to set an example for younger swimmers, and she said, “Swim taught me hard work and dedication as well as being a team player. These relationships will last forever!”

Jillian is also very involved in hunting, and it is a big part of her life. Starting young, she killed her first deer when she was 10 years old, and though she loves hunting large game, she also enjoys small game hunting, mainly squirrels. Her biggest hunting accomplishment was killing a 14-foot alligator last year because she thought it was fun to be so close to it, and because she almost fell in the water with him. Jillian loves spending time with her family while hunting, and she said that it is really great to be the only girl around, having to prove herself and earn respect. She said that hunting “has taught me respect for nature and how to stay calm under pressure, as well as learning discipline and waiting for the right moment to make a clean shot!”