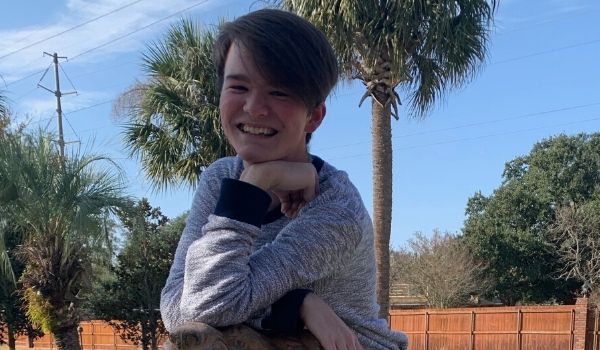 Favorite Ascension Memory: “Being yelled at with my friends by any given teacher during senior year for being the last group of people sitting at lunch.”

Future Plans: “Attend McNeese State University for biological science with a pre-medicine concentration. I will then go to med school to become a psychiatrist for teenagers.”

Bryce Douglas is a unique, one of a kind, sassy senior who cannot wait to graduate. After graduation, Bryce will be attending McNeese and later medical school. Bryce is very excited for his future career as a psychiatrist helping young teenagers. He says that he was inspired to enter into this career path by those who have helped him overcome depression throughout high school. It is thanks to those who supported him that he now wants to help people going through something similar to what he did. You can find Bryce cooking up some bomb sandwiches and pizzas at Newk’s Eatery where he works when he is not with his friends, watching movies and driving around listening to music. A fun fact about Bryce is that can make delicious crepes complete with homemade bechamel sauce, a talent his friends are immensely grateful for.