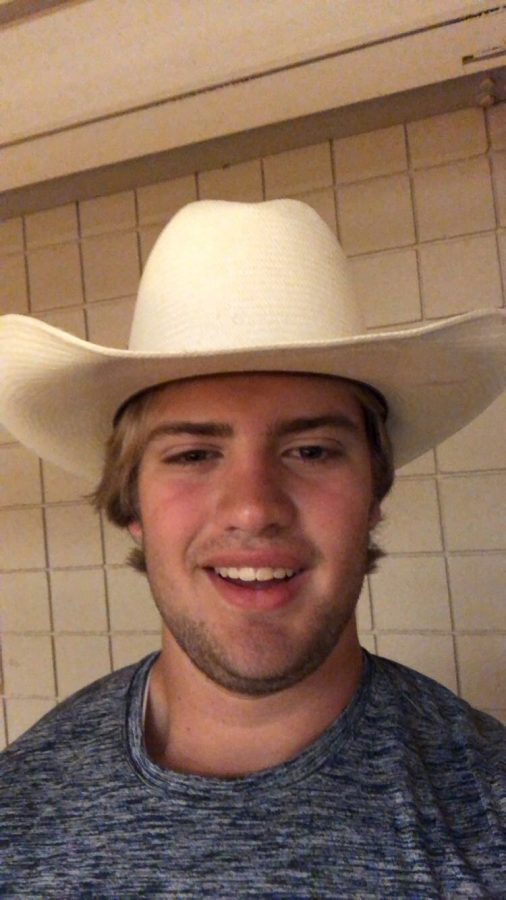 Future Plans: Become a billionaire and make it to Mars

Cole Griffith is an interesting character. Cole Griffith has been a student at Ascension since PreK4. When I asked Cole what his favorite memory was, he said, “When we were all celebrating our first football win of senior year while Barton was cramping on the ground.” He feels that something that it is commonly misunderstood about him is that he is actually 6 feet tall. When I asked Cole what is some advice he would give the underclassmen he responded, “Don’t use the hand dryer in the bathroom while I’m there. I hate that thing, just shake dry your hands like a normal person.” According to Cole, something most people do not know about him is that he can levitate. If Cole could change something about Ascension it would be to have robot teachers in every classroom. One of the things on Cole’s bucket list for this year is to ride a dinosaur. Cole is liked by many people and always knows how to make people laugh. His favorite quote is “They hate on me but they hated Jesus” by Lil Yachty, because it is philosophical and is said by “one of the greatest philosophers”.