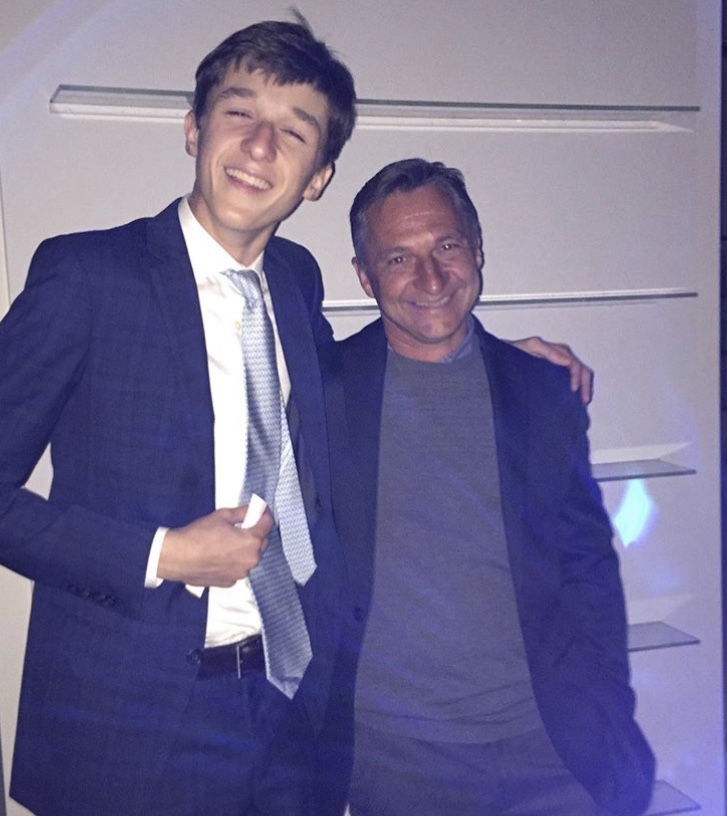 Favorite Teacher: Rev Larkin because she expands and tests my knowledge/beliefs everyday

Favorite Ascension Memory: In 6th grade when Cole sprayed mustard all over Gus and he dramatically got on the ground to start hyperventilating

John Picard is a 6’5” skinny man always making fashion statements with his Hampton white pants (“these are the 5 pocket not the 4 pocket pants”)  and his shoes (“crucial ones to a man’s identity are his velvet slippers, belgain loafers, the kitties or Gucci tiger slides”). When talking to John about his trending style, he gave me some noteworthy advice: “Quit school, don’t go to college, and layer the cashmere.” Whenever he dresses he tries to “dress with sprezzatura.” He is a worldly traveler that frequently takes trips to different locations during the breaks and in the summer. He said that one of the most underrated parts of the world is the countryside of France because it reflects “one of the very last pure places on the Earth.” In the winter, John is an avid skier and squash player, while in summer he enjoys the water and tennis. Classic movies have also been a significant part of John’s life because of the “brotherhoods” that have been formed through discussing the underlying themes. Also, if you find anyone else that would go to a Scottish land owning site and buy one square foot of land just so that he can become a Lord, (“slowly conquering  Scotland by taking one square foot at a time”), then please let the Authored Ascension know.

If you know John Wright Picard then you know how outgoing, and VERY opinionated he can be. But, he has greatly valued his time at Ascension by not only harassing the teachers but forming complex relationships with others. One of his best relationships he has formed over the years is with our principal Mr. Chris Dardar.  John says that he saw “ Mr. Chris as an acquaintance/ strict teacher. But little did I know that years later this would spark a brotherhood with Mr. Chris, an everlasting friendship.”