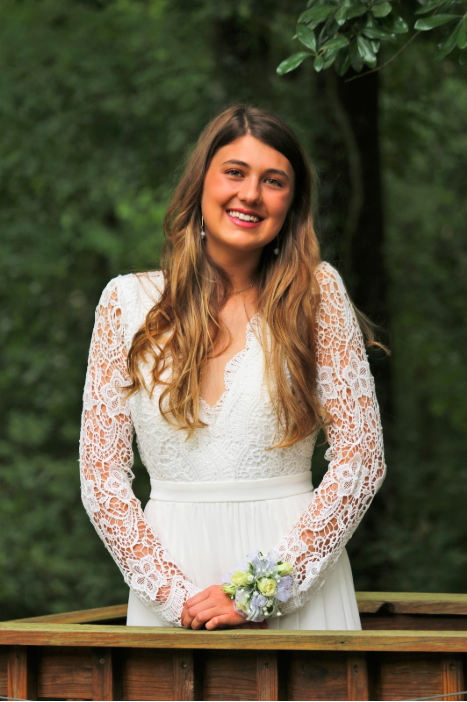 The grade you started at Ascension: Pre K 3

Favorite Teacher: My favorite teacher at the upper school has been Mr. Anderson because he has taught me so much while always remaining patient.

Favorite Ascension Memory: My favorite Ascension memory is the time that Austin Arceneaux let us pierce his ear (left, not right, ladies). I was in charge of numbing the ear lobe with ice which was crucial to the operation. Quinn and Jillian sanitized the ear lobe, needle, and earring. As Austin bit his jacket, Blaine (whose earring we were using-he has also pierced his ears so he had experience) twisted a needle so hard and deep through Austin’s ear that the needle went through 28 pages of the book that was placed behind the ear. Although Austin’s blood when everywhere, the earring went through! But the funniest part was listening to Austin explain to his infamous father what we had done. I doubt I can ever forget that day.

Plans After high school: I plan to attend college majoring in a degree that puts me on a path to go to law school. However, my life won’t be complete until I own my own horse.

What is something most people do not know about you? Most people don’t know that I love watching movies.

What is something you feel is commonly misunderstood about you? Most people don’t understand my sarcasm but that’s okay.

What is some advice you would give to the underclassmen? I would advise underclassmen to work their hardest because anything is possible.

What is something you would change about Ascension? I would change the tuition because then maybe I’d have enough money to go to any college I wanted.

Favorite quote and why? My favorite quote is “hard work beats talent when talent doesn’t work hard” because it inspired me to push my limits and believe in myself.

What’s your favorite book/movie of all time and why did it speak to you so much? If I’m being honest… probably The Notebook! Because 1. Ryan Gosling but mostly 2. true love exists.