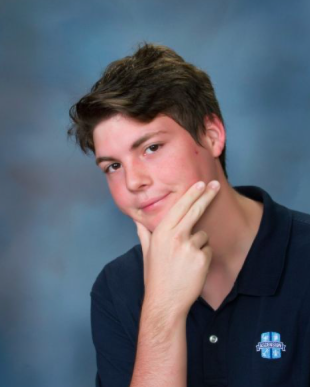 Future Plans: Ben is currently undecided on where he will be attending college in the fall. However, he does know that he will major in biology, in hopes of becoming a pediatrician in the future.

Lightning Round with Ben:

What is one thing on your bucket list? Go to a Manchester United game in the United Kingdom.
Who would you like to live like for a day? Chris Pratt
Who would play you in a movie of your life? Chris Hemsworth *nods* (I can totally see the resemblance.)
What do you think is the greatest invention of all time? Push-up popsicles
What fictional character do you wish you could meet? Definitely Michael Scott
What is one product you love so much that you’d happily be that company’s spokesperson? I would want to be the Little Debbie Girl, I think that would be super fun. (Interesting.)