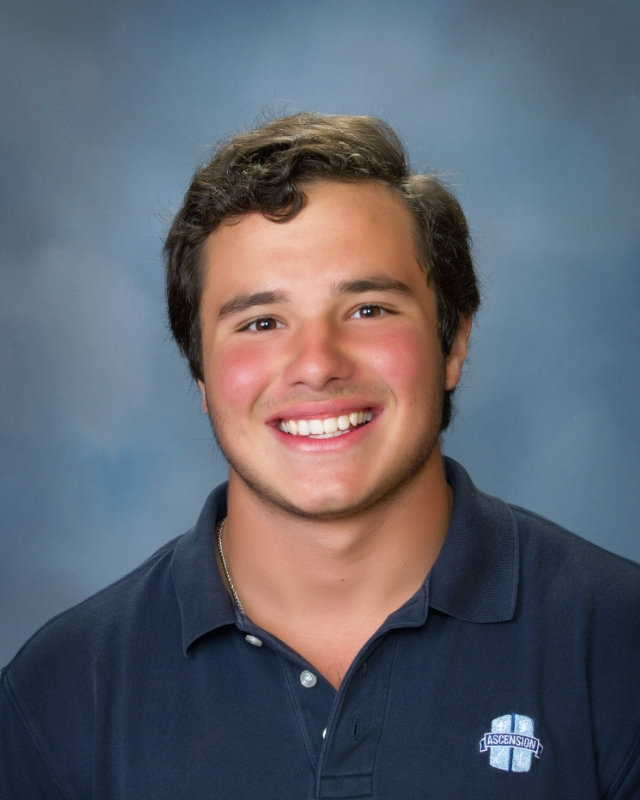 Some fun facts about Leo:

Something no one knows about him: He likes to listen to Italian Opera music.

His mentor: Jesus Christ because he was the greatest man there ever was

What motivates him: The glorious feeling of winning. LEo is very self motivated and has a large drive to succeed. He wants to see himself do well.

What gets him up in the morning: Knowing that he is one step closer to his goals

His favorite grade at Ascension: 5th grade because they went on a Washington DC trip and also it was his first year playing football

Would you rather have no legs or no arm: He was very reluctant to answer, but he finally responded with no legs.

When I asked Michael Remondet to share a quote about Leo he said:  “ehhh, he’s a nice guy.”

Other information: In his free time he likes to take children on outdoor expeditions and assist the community through tough times. A female friend once commented on his fantastic leadership skills and dashing good looks.