Delta takes Over the Weekend 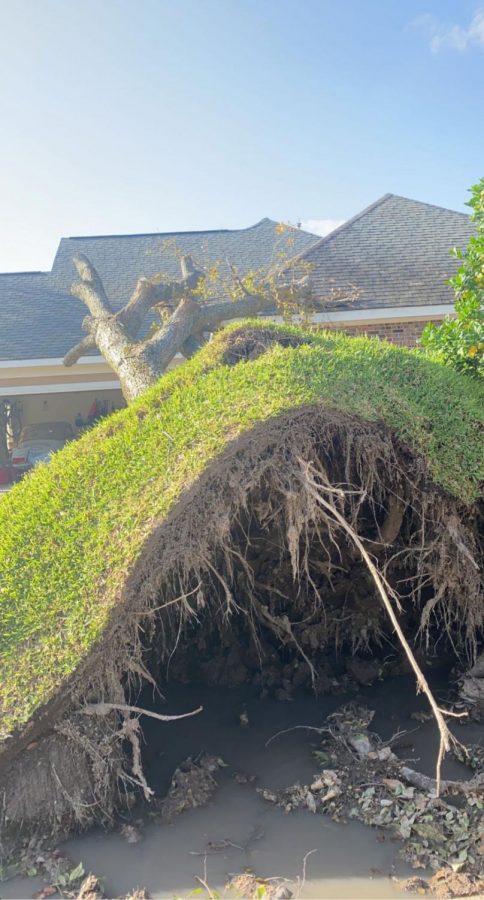 After Hurricane Laura, we thought we we’re going to catch a break, but Mother Nature had other plans for us. Word was going around school of whether people were planning on evacuating Louisiana to safety. The Thursday and Friday of that week were canceled in order for everyone to prepare for the storm. Some students were excited for a break of school, others panicking. I asked junior Gracie Babineaux what she thought of when she first heard about the storm, and she responded saying, “I was very surprised and not one part of me wanted to evacuate”. I think she speaks for all of us not wanting to deal with yet another hurricane.

The rain started coming in early morning on Friday, October 9th. The wind speed caught up to 100 miles per hour, making Delta a category 2 hurricane. It was less rainfall compared to Laura, but still caused great damage. Many people throughout the Louisiana lost power in their homes, work places, and schools. Some people have yet to get their power back. Many trees and buildings were destroyed because of trees and other things flying threw the air.

Fortunately, Ascension was not affected with flooding in the school or any severe damage. As returning back to school, a few of the light post and other things were being put back together. Some students haven’t had there electricity or wifi return. Senior, Wyatt Fox says, “It was weaker than I expected but it still did a lot of damage.” This hurricane was definitely one of the unepexpected. But, that can also be related to this whole year and that there is something unexpected everyday.