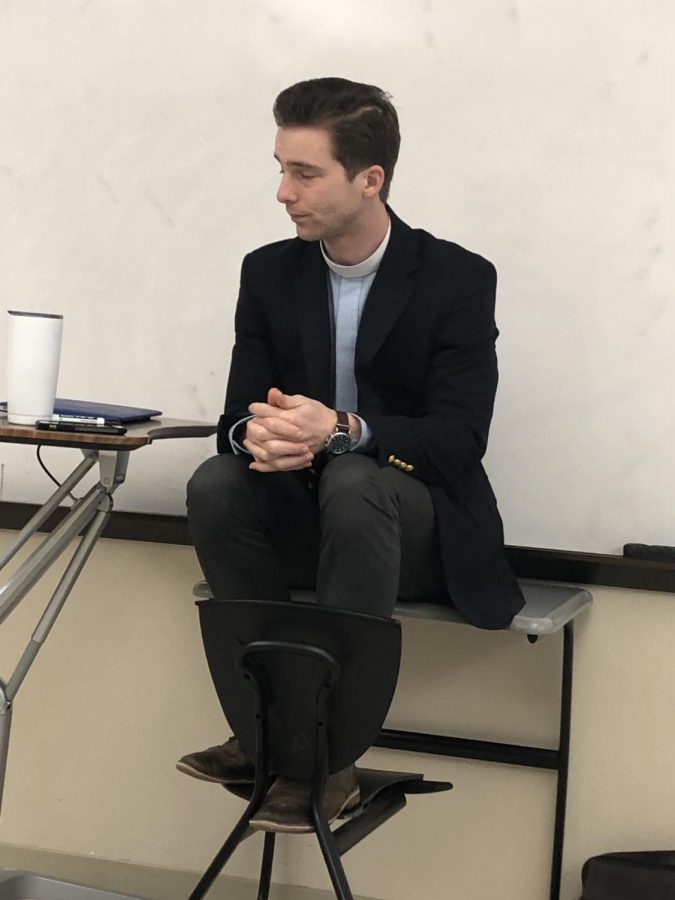 On March 18, 2019, the Ascension family was able to witness the ordination of Palmer Kennedy into the priesthood. Palmer Kennedy is loved and adored by many here at Ascension. We thoroughly enjoy him so being there for one of his proudest moments in life was a great thing. The ordination took an hour and fifteen minutes, and a man from Florida came all the way over here to make this thing official.

Junior Marielissa Perez says, “Kennedy’s ordination was a beautiful process. It is an amazing thing for someone to commit to a religion they believe strongly in.” Even junior Asa Freeman agrees, saying, “We are so proud of Rev. Kennedy for engaging his core beliefs and using them for the benefit of others.”

Rev. Kennedy says, “It was a nice journey in my faith, and it still is. I am so excited to serve my peers.”

We all support you Rev.!