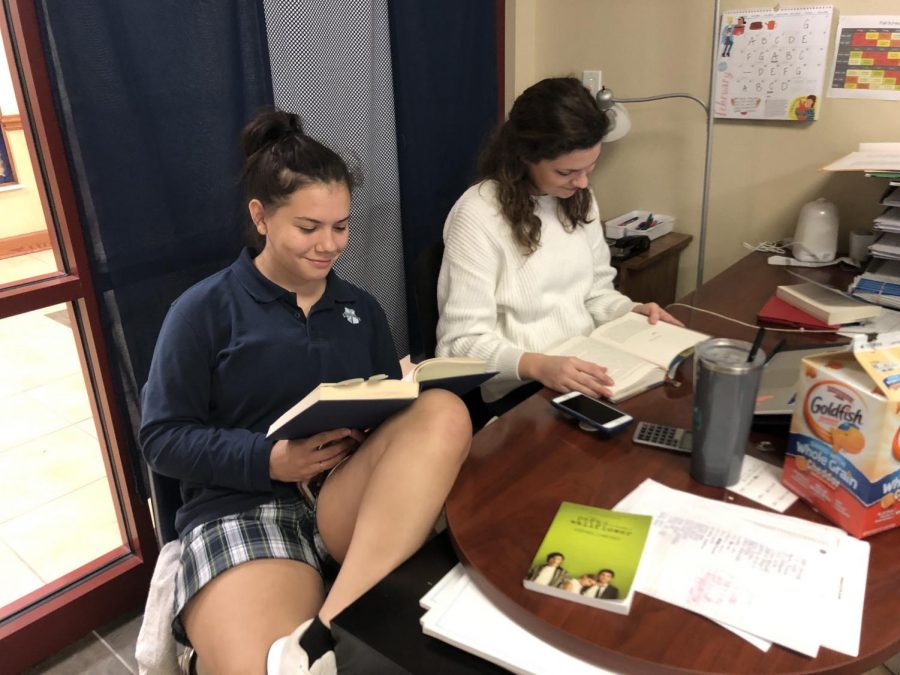 As we all know, Mrs. Bourque is a book fiend, as she reads about 8 books per month. In the month of January alone she read 14 books. After hearing this news, a junior we all know named Marielissa Perez decided to challenge Bourque in the number of books she reads in a month. Mrs. Bourque said, “I’m averaging a book every 2.5 days, and there are 16 days left… so about 6 more books after this one, so…on track for 9 books for the month total.” As of this writing, Marie has finished 3 books and is starting her 4th, while Mrs. Bourque is about to start her 5th. Although Marielissa started after Mrs.Bourque, she plans to grind nonstop to “assert her dominance” over Mrs. Bourque.

Have you heard of Goodreads? Yeah, well me neither until Bourque was using it in class to document her book progress. To explain it in “cool people terms,” it’s like how we keep up with our friends on Instagram and Snapchat, but through books. For instance, when we normal people go to a cool concert we post about it on our social media. For the nerds of society, anytime they read a book or want to read a book, they post their progress on Goodreads. Who wouldn’t want hop on the Goodreads train?!

Over the past couple of years, Ascension has really been trying to get their students to read more outside the classroom. However, kids seem to never listen to adults about what they should be doing. In an unseen turn of events, seeing “fellow cool cat” (says herself) Marielissa tear through some books in the month of February, has inspired some of her peers to pick up a book. Junior Isabelle Beaullieu said, “I saw Marie reading a book at dinner and was kind of inspired to start reading myself, but it’s kind of weird to see Marie reading though.” Even though Marielissa has been reading nonstop to try and out read Bourque, I personally think Mrs. Bourque will win because… who can really beat her in a book competition?