Junior Trip: If You Were Not Sick Before, You Are Sick Now 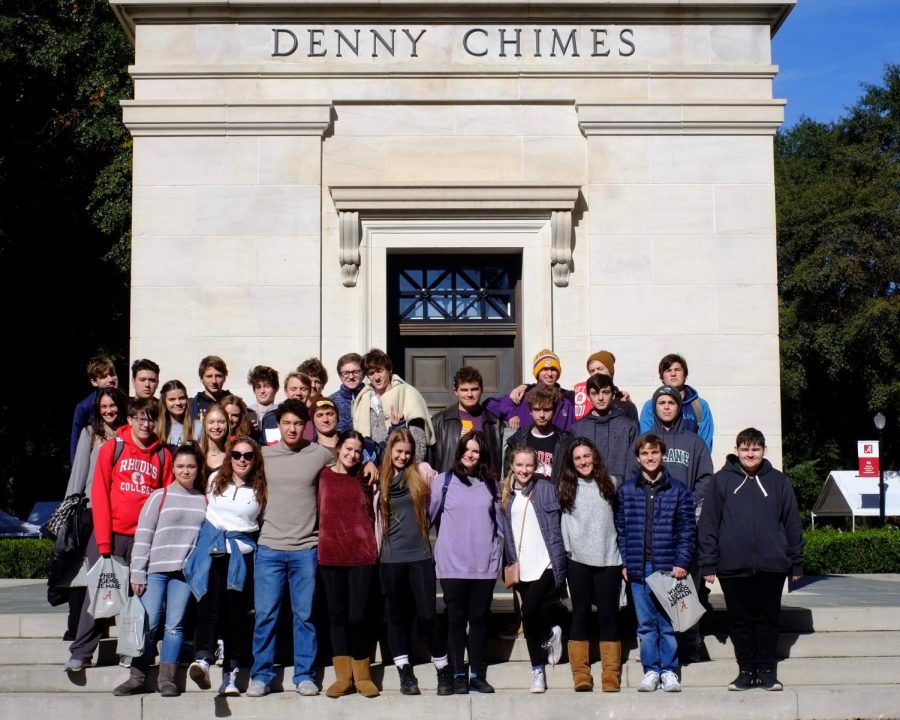 The week before Thanksgiving break, about half of the Junior class left for their college tour trip. They visited many colleges such as, Tulane, Loyola, Ole Miss, Rhodes, Mississippi State, Birmingham Southern College, Samford, and University of Alabama. On Tuesday November 13, students boarded the bus that left at 6am bound for New Orleans, where the students visited Tulane and Loyola first. Students felt that Tulane and Loyola were both very gorgeous, but the schools felt intimidating. Jack Bradley stated, “Tulane had a much better tour and seemed to provide more freedom for the students.” That night, students walked around an outdoor mall in Ridgeland, Mississippi. On Wednesday, students toured Ole Miss and Rhodes. Ole Miss had a beautiful and relaxed campus, while Rhodes was prestige and had gorgeous architecture. Majority of the students can agree that Wednesday was the best day of the trip. Emmie Gage states, “Wednesday was my favorite day because I liked the schools we toured and it was snowing at Rhodes… going to the Pyramid at Bass Pro Shops and eating in downtown Memphis was a cool experience. ”

Thursday students then traveled to Mississippi State and Samford. Mississippi State was the majority of the students least favorite; the tour was not informative at all and students were not impressed with the campus. According to Hayes Colomb,  Mississippi State “appeared to look like a trailer park; there were Waffle Houses on every corner.” Samford seemed to be a college version of Ascension. The school was beautiful, but very small and required many extra classes that most of the students who toured disagreed with. Students agreed that the cafeteria was more impressive than the actual campus; the lunchroom offered a variety of foods and desserts while maintaining a nice facility. That night, students walked around an open-air mall in Birmingham where many stores including Urban Outfitters were found.

On Friday, students toured Birmingham Southern College and were impressed with the amount of freedom that the school offered. This university allowed students to choose if they wanted to live on campus for every grade rather than just junior of senior grade levels. After this tour, students travelled to the University of Alabama. This university had a very nice campus that seemed to be self-contained as its own city. Students were impressed that you can adopt a dog on campus if you feel lonely. Much competitive tension was shown during this particular tour because that most students are huge LSU fans who did not fail to represent that. Besides the tours themselves, the hotel rooms that students stayed at each night varied in quality and seemed to get better as the trip progressed. The days were spent walking at least 5 miles in the frigid, stinging rain where students struggled to stay warm and positive. The food was edible, but it is understandable why college kids miss home-cooked meals. The malls and other activities were undoubtedly the highlight of the trip; the bus rides were more entertaining than the actual tours. The student’s largest regret was the little amount of time spent at Ole Miss because the shortened tour was unsatisfactory due to the fact that many students enjoyed that university. Despite the amount of exhaustion that was felt, students feel that the trip was productive and everybody bonded.