New Teachers on the Block 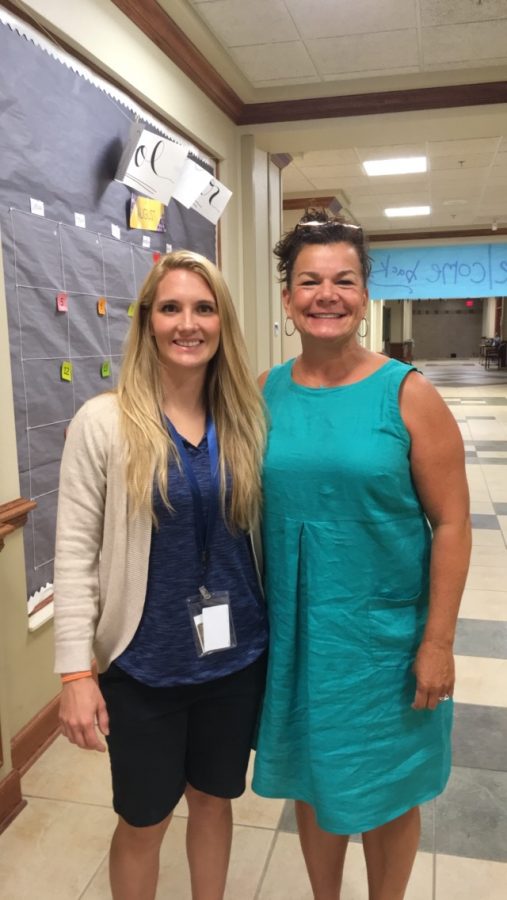 So the school year has started again, and with the new year comes new teachers. The first two up on our list are Courtney Robert and Kayla Fauber.

Mrs. Robert is an English teacher here at Ascension that enjoys Orange Theory and exercise. Before coming to Ascension, she was the Dean of Students at The Academy of the Sacred Heart, and, at one point in her college years, had a job at Taco Bell and was a professional t-shirt folder at a retail store. Her students and peers seem to really like her, saying, “She’s adorable. I love her,” (senior Addie Vidrine), and “She’s awesome,” (Crispy Chris Dardar). Fun fact: she’s the one that buys all the snacks for the Snack Shack, so you know she’s got to be pretty cool, because she brought back Poptarts.

The second new addition is Ms. Fauber, who is a science teacher that also enjoys exercising. Actually, she was once the cross country coach here at Ascension before becoming a teacher. She is not a native Louisianaian and claims Wyoming as her home, but left because “there were more cows than people” (Fauber). She says her favorite thing to do is read, but besides that, she “doesn’t really have hobbies” because she likes to work. She teaches physics, environmental science, and AP chemistry, and her students are enjoying having her as a teacher. Her students are hopeful, saying “It seems like it’s going to be a good year,” (junior Mia Dardar), which is something that is hard to get teenagers to admit, especially right after summer break ends.

I’d like to welcome both of them into the “Ascension family” and wish them good luck for the year. I know they’re excited to be here, and we are excited to have them, so maybe it will be a good year after all.