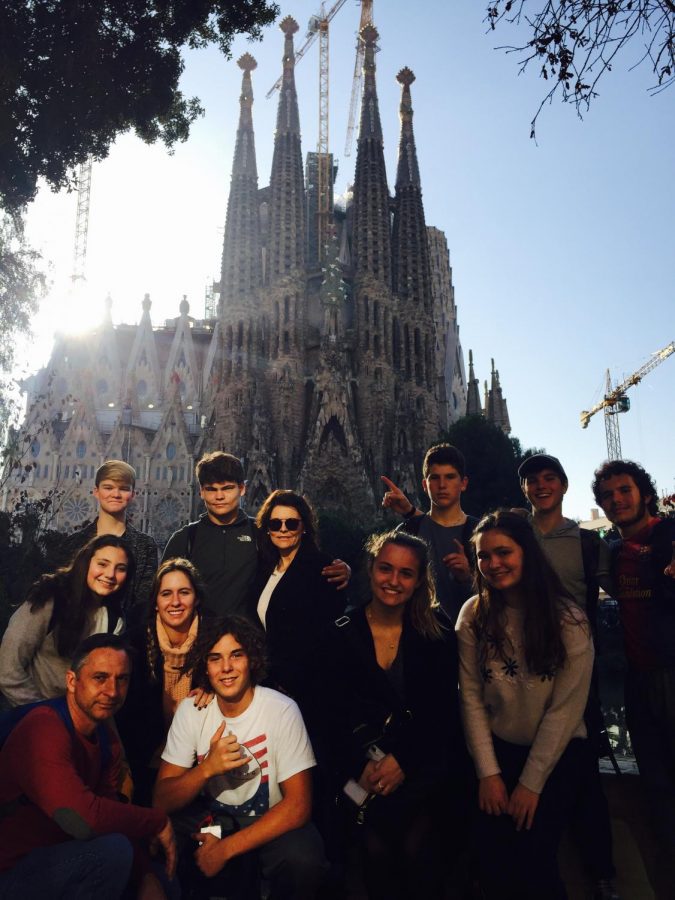 This past Thanksgiving break, instead of being surrounded by family, eating grand displays of food, and anxiously anticipating the next time they get to do it all over again, but now with gifts (aka Christmas), ten Ascension students set off on a truly unforgettable excursion to see and experience the absolute wonders of Spain.

Their day started off with a two hour drive to NOLA, then a four hour layover at the New Orleans International Airport, and finally a nine hour flight straight to Madrid! Once they get there, no time to rest because they’re off the tour the city. While in Madrid, the students visited the iconic museum El Museo del Prado, savored the taste of Spain’s delectable Chocolate con Churros, and enjoyed a night of Flamenco.

After a slam-packed two days in Madrid, the adventure had only just begun. The students took a leisurely train ride to Barcelona to meet up with their host families, whom they would be staying with for the next five days. Their daily routine consisted of waking up at seven in the morning for some breakfast then off to school for eight where they would have two hours of physical education each day. After this they had Spanish class in which they would be taught the fundamentals of Spanish in a totally immersed class. At around one, they finally hit the city. Las Ramblas, Boqueria Market, La Sagrada Familia and several other Gaudi structures were only a few of the wonderful sights that they had seen.

In Spanish, Acción de Gracias means Thanksgiving. Although Spain does not celebrate Thanksgiving, the host families were all accommodating to the beloved American tradition and prepared homemade feasts with a certain Spanish flair that made the night unforgettable.

In conclusion to becoming super fit from strenuously walking the city and absorbing as much information as humanly possible, it was time for their journey to end. And with only a  twenty-four hour trip ahead of them, they would be home in no time!

If anyone is interested in taking part in this phenomenal excursion next Thanksgiving break, email Señora Landry with a simple, “I’m in! #Spain2018”. Can’t wait to see who joins!