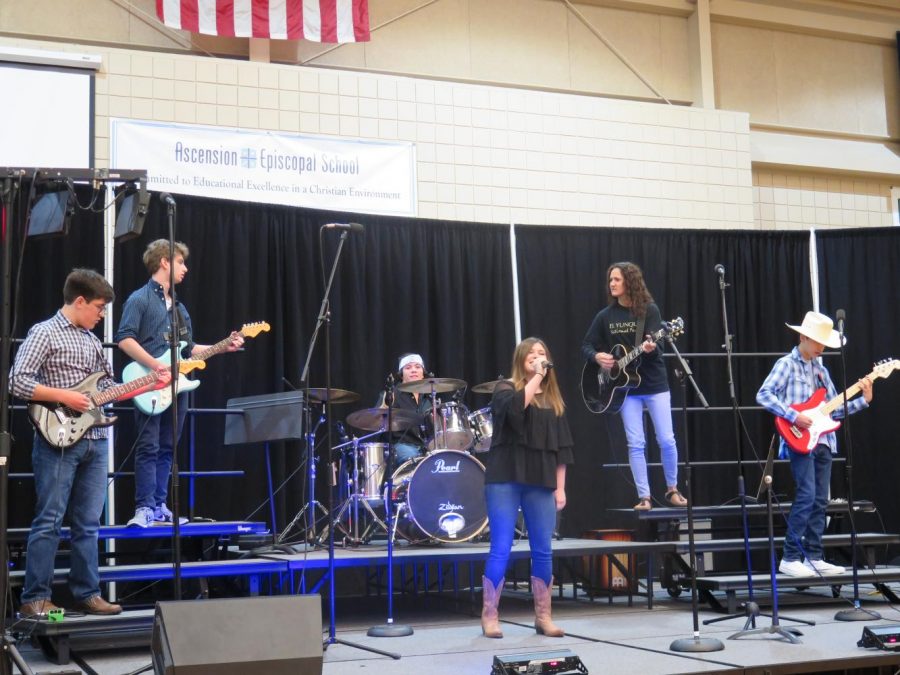 One of the best parts of homecoming week at Ascension is all the fun activities that happen in the days leading up to Friday’s big game. Monday has student-led eucharist, Wednesday has powderpuff football, and Thursday has the homecoming parade. A special tradition that is unique to Ascension is the homecoming concert that take place on Tuesday. The entire school gathers in the gym to enjoy some freshly popped popcorn and, of course, to cheer their talented friends on. Some students sing, some play the drums, and other play piano or the guitar. Alexis Cortez has been a part of the tradition for five years now and she says, “The best part is when I see someone I know who has worked hard, and has never preformed before go up on that stage and absolutely kill it.” I think everyone can agree that there is truly something amazing about getting to watch all your friends preform pieces that you know they hand picked and have spent weeks preparing.

This year’s lineup included students of all grades including Sophmore Virginia Foshee, Sophomore Tod Dore, Freshman Ela Acevedo, Senior Emily Floyd, Sophomore Cameron Seaton, Senior Alexis Cortez, and Senior Madeleine Thibeaux. The choir blew everyone away with their a cappella versions of “Can’t Help Falling in Love With You” and “Everybody Wants to Rule the World”. The audience was able to get involved by singing along, clapping, and even by turning on their iPhone’s flashlight. This concert was extra special for the senior class because Alexis Cortez sang “I’ll Always Remember You” by Hannah Montana in their honor. She also created a presentation of the senior’s old homecoming pictures from eight grade until now. Madeleine Thibeaux said, “I instantly felt so blessed to have been part of such an incredible group of people throughout my time here at Ascension.” Reminiscing on the memories brought a lot of seniors and their parents to tears as they were forced to face the reality that this would be their last Ascension homecoming.

In addition to Alexis’ performance that brought us all down memory lane, there were a lot of students that surprised everyone with how amazingly talented they are. Emily Floyd who sang “Independence Day” by Martina McBride got on stage and sang solo for the first time. She said, “I felt like I finally did something that people will remember. Something that people wouldn’t expect from me.” At Ascension everyone is like one big family and we all love supporting each other in whatever way we can. Emily explained that there is nothing else like the sound of the cheering. She said, “It clears all of the anxiety and doubts you might’ve had. It fuels your performance.” Madeleine Thibeaux agreed that the crowd was amazing and she said “it makes the concert so much fun for the performers.” Overall, all the students and faculty were extremely proud of all of the performers that stepped outside of their comfort zone and got on stage. The homecoming concert was a definite success and we can’t wait to see who performs next year!