Are laptops in? Are iPads out? What is all the fuss about? 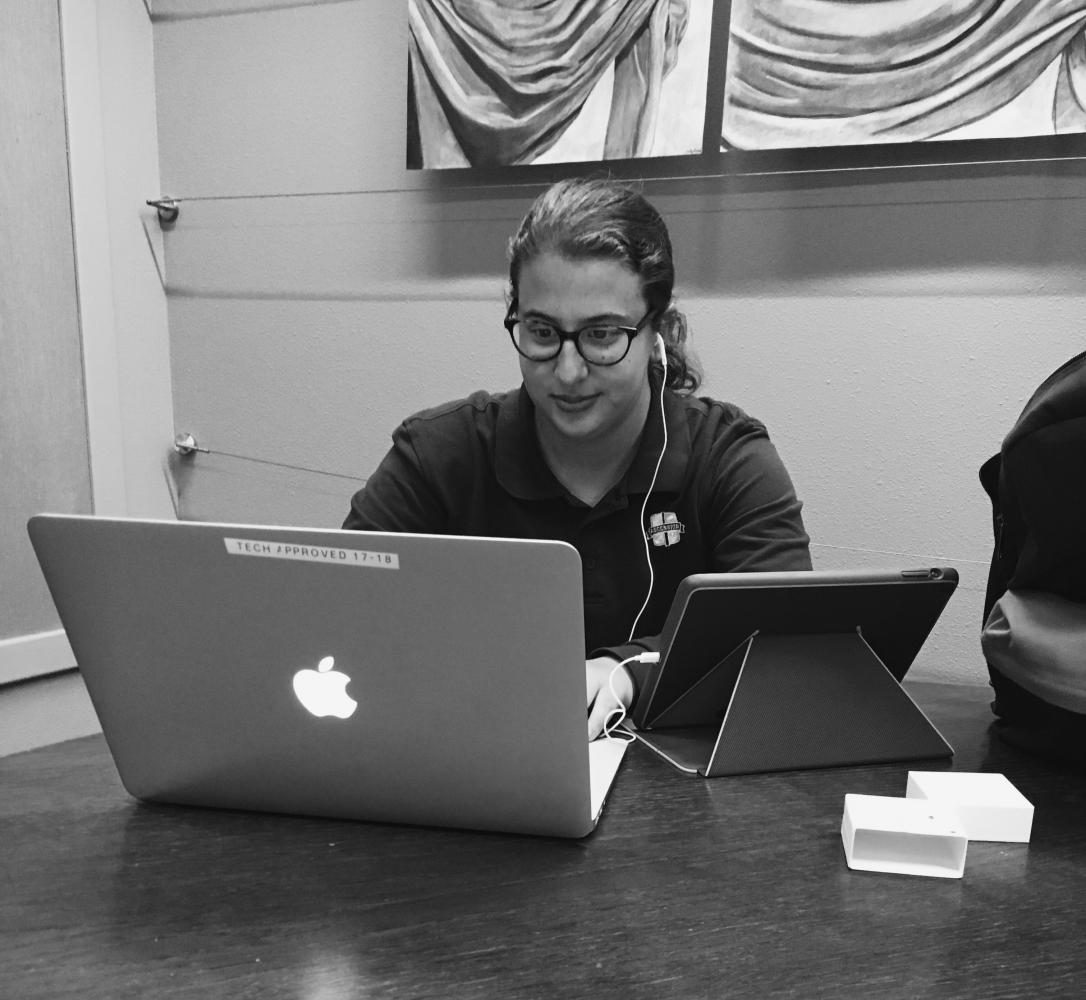 Tuesday, September 12th, students Madeleine Thibeaux (12th) and Ben Tyrell (11th) hosted a heated debate during chapel about the future of Ascension provided devices: iPads vs. laptops. Madeleine, who is pro-iPad, advocated that Ascension should continue providing iPads to students. Ben, however, argued that it is time to replace these iPads with laptops. Even though students are currently allowed to bring their personal devices to school if they choose (so long as they are approved and registered by the technology department) the replacement of iPads would mean a laptop for all. Some are not ready for this change, but regardless of which side you’re on, the future of Ascension technology could look quite different.

Ben and Madeleine opened the floor for discussion, but ultimately the decision making was turned over to the students. Mrs. Delcambre, SMP’s Educational Technology Specialist, issued a very thorough survey to get an idea of what the masses are thinking and wanting. The results of the poll will not be available until further notice, but for now, here is what Ascension students and faculty are saying. Students Emmaline Lelelux (12th), Mia Dardar (10th), and Lily Dore (9th) are all pro-laptop. Mia favors the laptops because “they are easy to type on.” In the same respect, Lily voiced that she is “more familiar and feels more comfortable with laptops.” Emmaline, dual-enrollment math student, also made the point that “many of the homework programs we are given don’t always work on the iPad, such as WileyPlus”. Laptops, which are fully compatible with such programs, could resolve this issue. Mr. Ducote, Math and Computer Programming teacher at SMP, is also on board with replacing the iPads with laptops: “My students don’t have any way to utilize or integrate iPads in the classroom. High school students, in particular, especially have the need for laptops because many of the homework programs, including WileyPlus, that we use are suited for computers. There are many things that a computer is capable of doing, if not better, that an iPad already does.”

Other students, such as Ella Acevedo (9th) believe that iPads are the way to go. Ella explained, “I prefer iPads because of the touchscreen, and the iPads are much easier to use.” Mrs. Roberts, English and Creative Writing teacher at SMP, likes the iPad for its creative element. “We do a lot of digital creation, and the iPads are good for this.” However, Roberts also commented that the formatting can be weird when writing papers on iPads. Laptops, on the other hand, do most of the formatting for you, and the MLA Bibliography Creator already installed on laptops makes citing sources so much easier.

Considering all of this feedback, one possible solution could be some kind of combination of the two. Since Ascension’s iPad contract with Apple is awaiting to be renewed next year, it is possible that the iPads would not have to be done away with completely. If administration decides to go with laptops for next year, it is highly probable that Ascension would be able to keep the school-registered iPads without an additional cost to the technology fee. Should this still be the case come fall of 2018, each student would receive a laptop, and the “iPad cart(s),” created from the same iPads SMP students are using now, would allow students to access either device based on what each does best. Nonetheless, it is important to remember that none of these changes have been set in stone. Providing a laptop to each and every high school student at Ascension may be a lot harder of a task than it looks, and the possibility of even doing so is just now beginning to be considered. But all in all, the future of Ascension technology is something to get excited about.