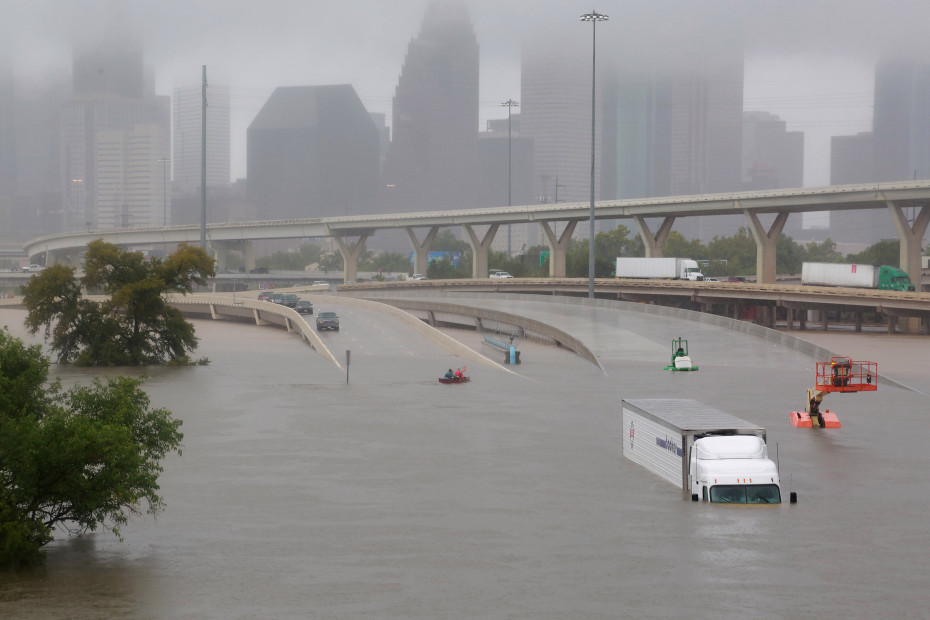 Last week, as you may have noticed, we had three days off due to Hurricane Harvey. While here in Lafayette we were able to relax and enjoy our few days of freedom, Harvey devastated many parts of Texas and a portion of Louisiana. Turning roads into rivers, Harvey produced 40-52 inches of rainfall in southeast Texas and southwest Louisiana. The Texas Department of Public Safety said localities have estimated that more than 200,000 homes have been damaged. At least 60 deaths have resulted from this tragic event.

Senior, Madeleine Thibeaux, says “Hurricane Harvey was an absolutely devastating disaster, but I think that our experience with the flood in 2016 allows us to be of the best help possible in offering our services, love, and support.” The school is even working to provide a day of flood relief to aid the victims of Harvey. The group plans to leave early in the morning for Orange, Texas and return that evening. Laurel Guidry, senior, encourages students to take the trip to help those affected by Harvey, “I think that volunteering would be great for everyone to experience because not only will it impact the victims, but it will impact us as well.”

Another potentially catastrophic hurricane, Irma, is on its way. On Tuesday morning, Irma was heading towards Antigua, and perhaps Florida, with maximum sustained winds of 180 mph, categorizing it as a Category 5 hurricane. Following Irma is tropical storm Jose, which has formed in the Atlantic Ocean to the east of hurricane Irma. According to the National Hurricane Center, Irma has already become the strongest hurricane ever recorded outside of the Caribbean and the Gulf of Mexico. If you are looking for ways to help those that have been and will be affected by these disasters sending a prayer or donating some old clothes are simple, yet very effective ways to offer your support.