Gators Go to the Dome 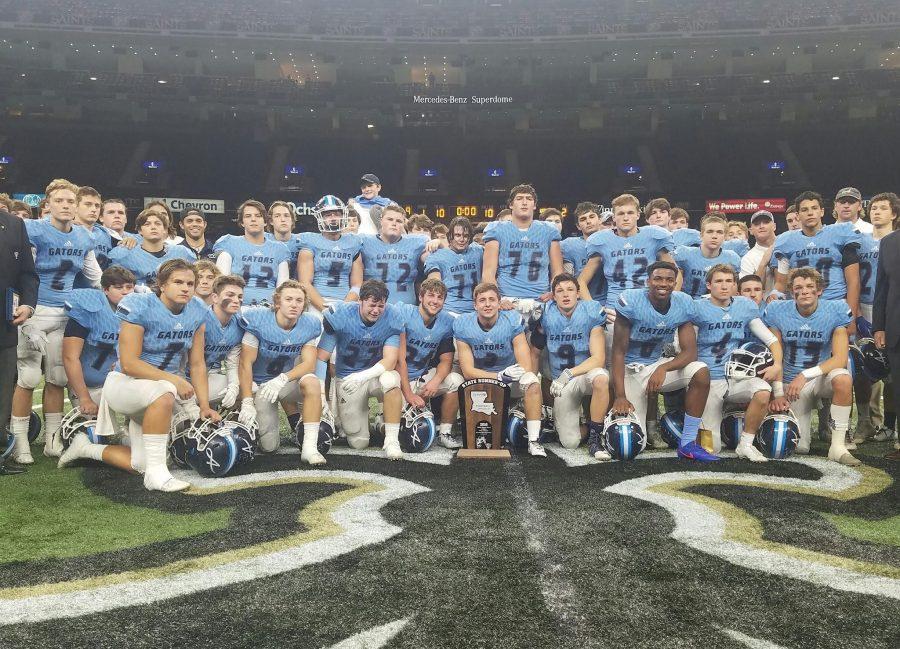 This past Friday, December 2nd, the Ascension Episcopal football team played an amazing game against the Southern Lab Kittens. This was a historic football season, as the gators made their first dome trip and were undefeated for the first time in the team’s short history. Qualifiying for the Division 1A state playoff game at the Superdome seemed from the start of the regular season to be attainable. They successfully won their district outright. It is safe to say that almost everyone in the Ascension Community, whether they had a family member on the team or not, made the trip to New Orleans to support the team.

The students, staff and families alike celebrated the team with an exhilarating pep rally prior to their departure to New Orleans. Dressed in Gator Blue, participants brought the attention of the local media and many student Snapchat stories.

Southern Lab was highly favored to win although they faced tough opposition in the Gators. The game was  both exciting and frustrating because although the Gators performed with determination and heart, they were unable to outscore their opponent. The perseverance this team has displayed since the beginning of the oppressive summer heat until the day of the championship was evident.

Even though we did not win this game, everyone was proud of the Blue Gators for playing their best all season. Now the community as a whole is looking forward too another successful year under head coach Matt Desormeaux.