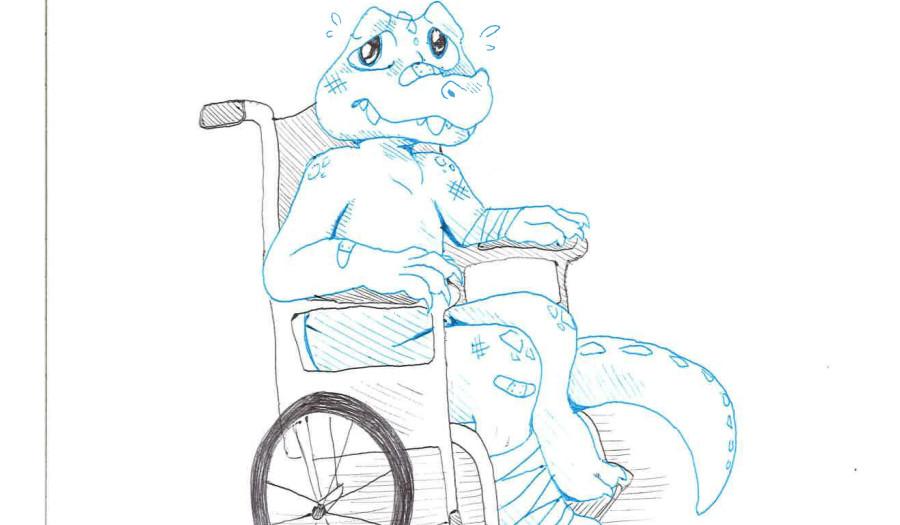 Statistics have shown that an estimated 30 million students are injured per year, requiring 500,000 doctor visits and 30,000 hospitalizations. Such unfortunate incidents have occurred to some of our students here at Ascension this year, but they are taking their setbacks in stride.

Freshman André Roth has torn his L4 vertebrae in his back while playing lacrosse. Doctors expect him to recover between two and three more months.

“I have to roll a luggage suitcase around school” says Andre. Unfortunately, he has had to sit out of every football game so far.

Sophomore Megan Clark has two herniated discs in her lower back that occurred while lifting weights this summer. Her recovery time is still undecided, but for the time being she cannot use a book-sack and has trouble bending down.

“For the rest of my life I will not be able to lift or move heavy objects,” says Megan. Megan says that she has learned that our bodies can be over-worked and that we must know how to take of them and learn when to stop.

Veronica Droulia, a junior, tore her ACL and damaged her MCL playing at the AES volleyball tournament. After her surgery in two weeks, it will take about six to nine months to recover, and she is unfortunately out for the season.

Veronica is unable to straighten her leg or walk without a limp, but she also gets to ride the elevator!

“I’m so fortunate to have so many people who will help me out whenever I’m in need,” says Veronica. She says this experience has taught her to not be hard on herself and that injuries can happen to anyone.

Freshman Samuel Williford had a severely unfortunate accident the first JV football game of the year when he suffered a compound fracture in his lower leg. After going through a few surgeries, he developed an affection that doctors or antibiotics could not prevent. He has a rod placed in his leg and is now at home for his six to nine month recovery.  While Sam will not be able to return to school for several more weeks, a plan is in place for him to catch up on his school work from home.

“This experience has taught me only that God does not punish, he teaches,” says Sam.