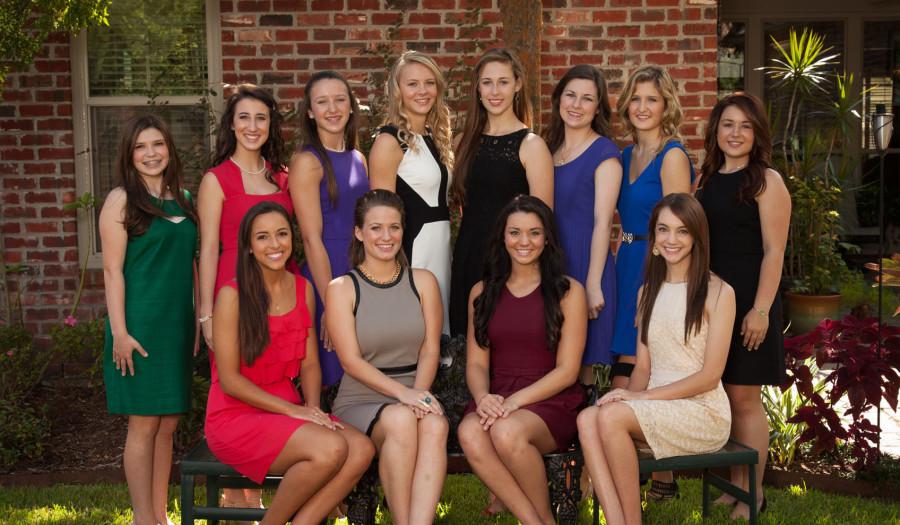 Homecoming is, without a doubt, an exciting time for everybody.

The football players are anticipating their first steps on the new field as a team; people have been asked to the dance in fun and creative ways, and 12 girls are preparing for their time on the Homecoming Court. This year’s Ascension homecoming court consists of four seniors, three juniors, two sophomores, two freshmen, and one eighth grader.

Being on Homecoming Court is undeniably an exciting thing for these eager girls, and their reasons for applying

“I love representing Ascension in every possible way!” freshman maid, Taylor Guidry said about her decision to apply for the court.

As members of the Homecoming Court, these girls are required to attend the homecoming dance and football game, as well as other fun activities during the duration of the week.

“I am really looking forward to the fun activities during the entire week,” Sophomore Abbey Bako said. “Everyone is very involved and has a good time.”

And one activity everyone had their eyes on was Tuesday’s powder puff football game. Elizabeth Lee, freshmen maid stated “Playing football with the other girls in school is lots of fun!”

Victoria Barczyk, junior maid also loves the idea of a girls football game. When asked if she was looking forward to the powder puff game, she stated, “Of course. Who doesn’t love football!”

Although, some Homecoming Court members are excited about playing others are looking forward to watching the game. Sophomore maid, Abbey Bako stated ” Well…It’s going to be interesting. I don’t understand football at all and I’m so uncoordinated! But I will definitely be cheering on the girls.”

Some of the girls are more excited for other aspects of the week, however.

“Definitely getting all fixed up for the tea, game, and dance,” senior Laurel Smith revealed as her favorite part. Freshmen Taylor Guidry is very excited for Homecoming game night!

Make sure to go support the Gator Football Team and these ladies for the first home football game this Friday night at the Sugar Mill Pond Campus!