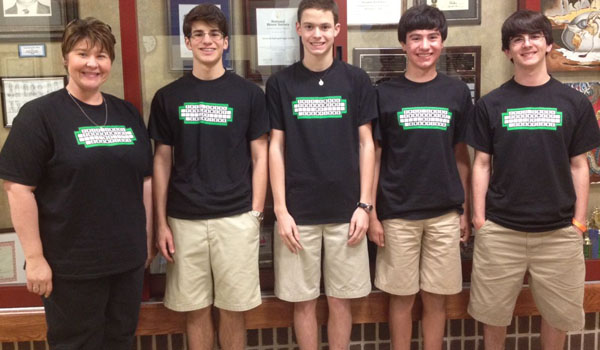 “We are exceptionally proud of the hard work and success of the AES Speech & Debate Team,” said Mrs. Lobello, the debate team sponsor. “We received many compliments from fellow coaches and competitors, many who marveled at the fact that our  team achieved so much in our first year of competition. In addition to supporting each other in the tournament, everyone genuinely seemed to enjoy hanging out together and getting to know each other better outside of school.”

As you can tell, Mrs. Lobello was very pleased with the way all of her debate students represented AES at the State Tournament.

Debate, Drama, and Advanced Drama are all offered as elective courses in the 2012-2013 school year, and everyone is more than welcomed to join. The teachers are already making plans for their teams of next school year. If anyone is interested, please see Mrs. Lobello or Mr. Curtis for Debate or Mrs. Chance for Speech and Acting events.