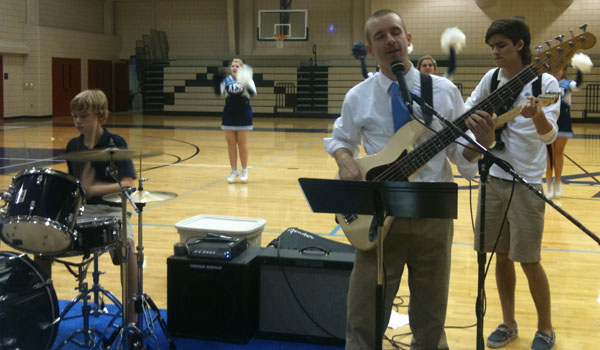 One activity included a competition relay between grades. During this relay students had to pop three balloons, jump rope 20 times, and shoot a basket following a game of dizzy bat.

The juniors took home the victory of the relay, but were soon demolished by the senior class in a battle of tug-of-war.

The varsity cheerleaders performed the fight song along with the new music teacher Mr. Lyles, eighth grader Jack Bennett and senior Alex Voorhies. The Gator Jazz dance team also performed and wowed the crowd with their abilities and coordinating outfits.