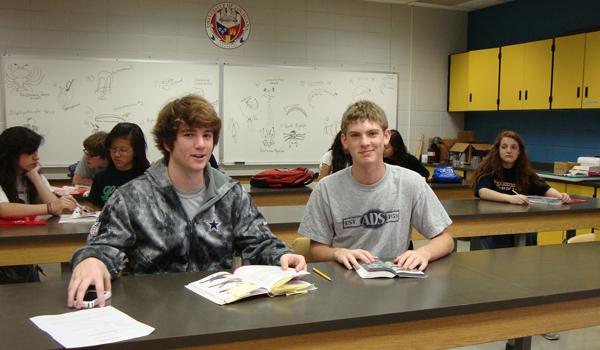 On March 19, 34 Ascension students spent their Saturday morning at the UL campus for district literary rally.

Besides the weather being absolutely beautiful, all 36 students qualified for state.  Ascension had 26 academic, five speech, and three art participants for division IV.  Of those 34 participating, 20 students placed first, nine placed second, and four placed third.

“Hearing the results announced in front of an audience of parents, teachers, and other students has to be the most rewarding experience of rally participation,” said Mrs. Leblanc.  “Many surrounding schools have commented that even though AES has had a brief reign as an Upper School we sure have arrived on the rally scene fast and furious.”

That same weekend, the eighth grade Quiz Bowl team won the Our Lady of Fatima Tournament, earning the the first tournament championship in several years.

“Between District Rally and Quiz Bowl, it was a triumphant weekend for AES!” gushed Dr. Pitre.

“We had no idea what to expect, but we placed in two events,” said Miss Woodward. “It was a beautiful day, and I think we all learned a lot and had a good time with science!”