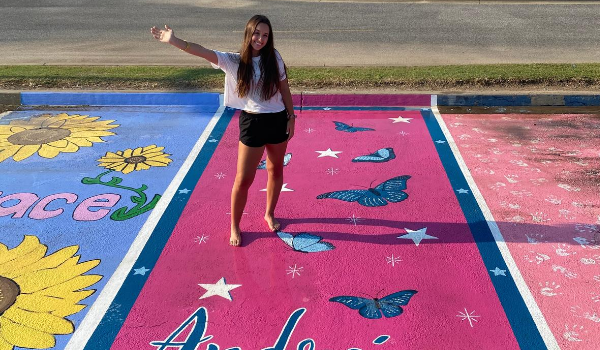 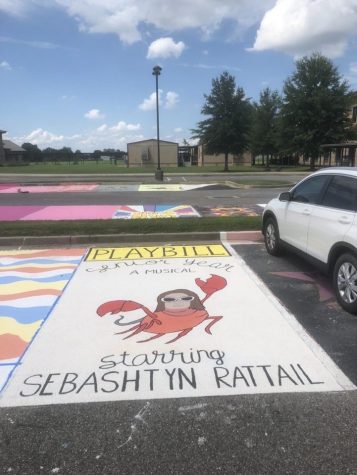 Ashytn’s idea for her parking spot came from many experiences throughout her high school years. Ascension’s very own Coach Sciambra came up with Ashtyn’s new last name, Rattail, at CYT camp and she said, “it just stuck”. She continued to tell me that in her freshman year Biology class, someone told her “Sup Ashtyn” but she thought they called her “Sebastian”. This is how she became the famous “Sebastian Rattail”. 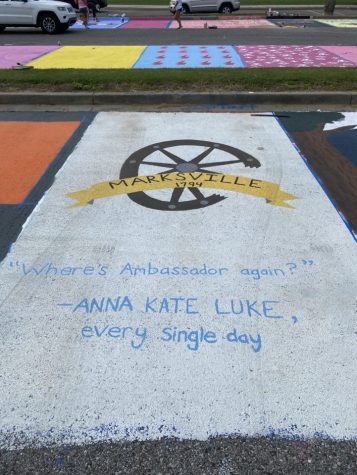 Anna Kate moved to Ascension last year for her junior year. Anna Kate lived in Marksville, Louisiana her whole life and so moving to Lafayette was a big change. She has lived here for over a year and she STILL doesn’t have a clue where she is going, which is why she put “Where is Ambassador again?” on her spot. Let’s all pray by the end of senior year, Anna Kate can finally find Ambassador. 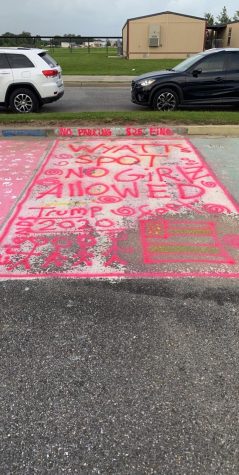 Wyatt is the only boy who parks in the front row. It’s definitely a girl party up there, but Wyatt made it very clear that there are no “girlz” allowed in his spot. He even preached that there will be a $25 fine for anyone who parks there. Well played, Wyatt. 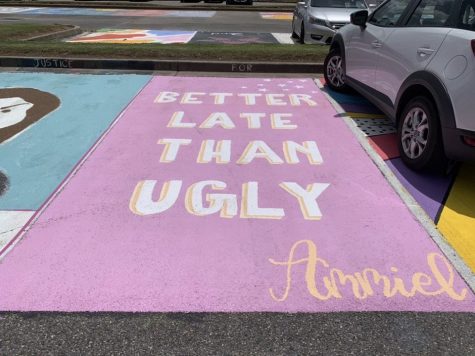 Ammiel’s parking spot reads, “Better Late than Ugly”. Ammiel is famous for getting to school late. I asked her what happens in the morning that makes her late so much, and she replied with, “well I’m just slow in the morning! After I eat my breakfast, I just sit on the couch and watch tv… and I want to look cute for school”.

Will Kerstetter: I love Darb 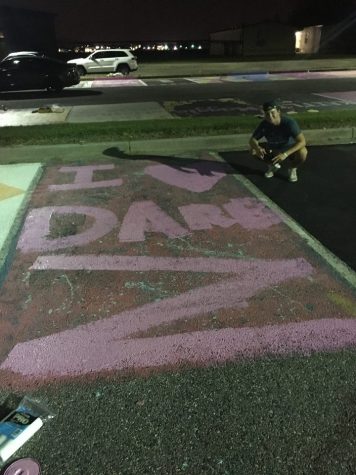 Anyone in the senior class can tell you about Will’s obsession with Darbi. They fight like a married couple, but that’s what makes their relationship so interesting. 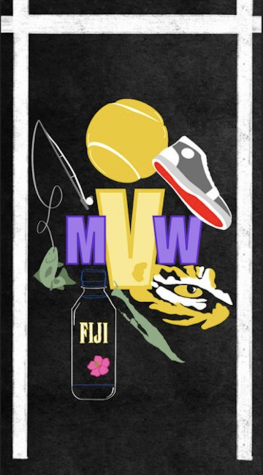 The senior class wanted to carry on this tradition to honor Walker Vincent. His spot contains some of his favorite things– Isla Mujeres, a tennis ball, Lou Boutin sneakers, a fishing pole, his go-to water, and of course LSU colors. The class planned to all go to the parking lot one day to paint his spot and grill, but this got pushed back due to Covid-19.