A Blue Gator Thanksgiving: From the Bayou to the Big Apple 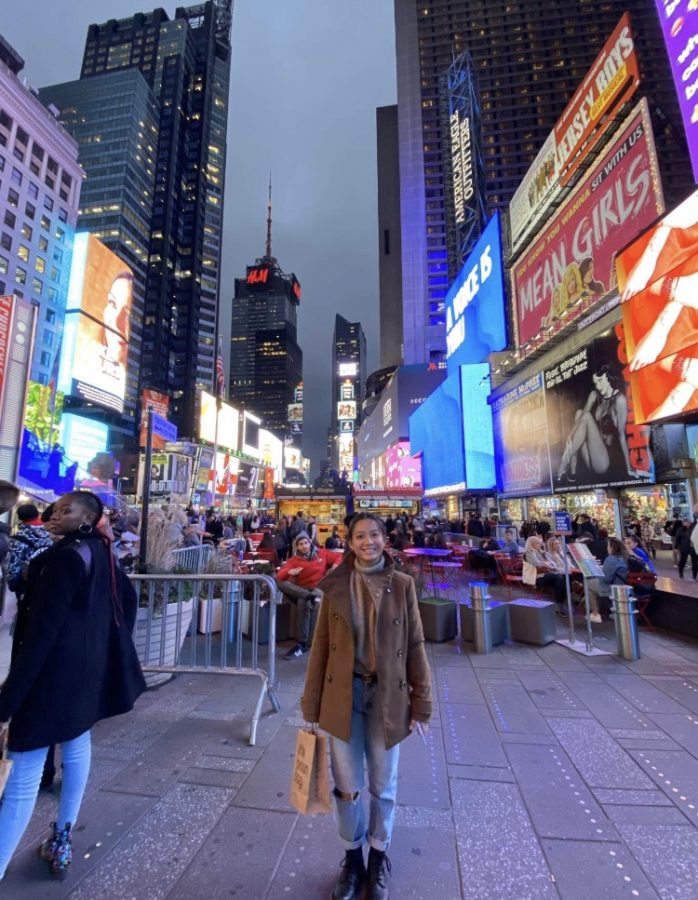 Thanksgiving is known to be the second busiest travel season of the year. New York City, in particular, has the most people coming in and out of the city during this season than anywhere else in the world. Even with this rush of travelers, senior Izzy Nguyen and her mom made the journey to celebrate Thanksgiving together in New York City.

The pair flew out of Lafayette monday morning, arriving in New York around noon. They quickly dropped their bags off at the Plaza Hotel and made the journey to Hudson Yards for some much needed retail therapy. After about three hours of shopping, the duo climbed to the top of the Vessel. If you don’t know about the Vessel, I highly reccomend looking it up. It’s the perfect new build to see out over Manhattan and into Brooklyn. When I asked Izzy about the experience, she quickly stated, “I loved being able to see out into the city, but we had to leave not long after reaching the top. You can only imagine how fun that must have been at night in thirty degree weather.”

Tuesday morning the girls made their way to Radio City Music Hall to see the Radio City Rockettes in the Radio City Christmas Spectacular. Izzy exclaimed, “I hadn’t been to their show in five years so seeing them again was honestly one of the coolest things ever! Seeing how hard these girls worked to get where they are was also inspiring to me for the upcoming school year.” Following the show, Izzy and her mom took a cab over to La Grenouile for lunch with her uncle. After time it was time for the main event: Glossier. Izzy says the whole experience to get into the Soho cosmetics boutique was otherwordly. “There was a line down the street manned with security guards,” explained Izzy. After finally making their purchases at this Lafayette Street walk-up, they hailed another infamous yellow taxi for dessert at Laduree. For anyone who may not know, Laduree is a spot known for their macarons. They’re so so good. The mother-daughter duo then enjoyed a Chinese style dinner at Dim Sum on East Broadway.

Come Wednesday the pair shopped until they dropped. They started at Saks Fith Avenue and made their wasy across Midtwon to Times Square, where they shopped until dinner. Following a dinner at Blue Fin in Times Square, they made their way back across town to Broadway. While on Broadway they saw a production of Aladdin. When I asked her the jighlight of the show, Izzy exclaimed, “It was such a good show! Jafar was even played by the same actor who played his voice in the movie!”

Thanksgiving morning Izzy’s mom woke up early to hold them a spot on the route of the Macy’s Thanksgiving Day Parade. Izzy met up with her mom an hour before the parade statrted, but the pair didn’t last long on the route. They quickly went back to the hotel to escape the cold and take a quick nap. After their much needed powernaps, the pair did some more shopping before returning to the hotel to pack up their things. To celebrate their last night in the city, they enjoyed another dinner at Dim Sum before heading back to the hotel for the night. They flew out of JFK Friday morning before arriving back in Lafayette that afternoon.