Prom: “The Night of Nights” 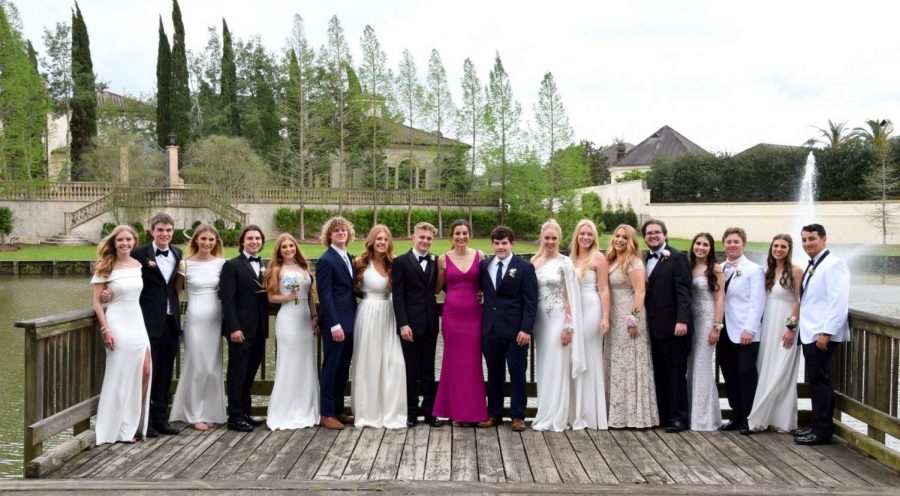 The 2019 Prom was one to remember.  The dance was put on by the sophomore class leaders and Mrs. Robert. The theme was “Enchanted Forest,” which complemented the beautiful venue. It was held at La Pavillion in Parc Lafayette and decorated beautifully to make it appear as a true enchanted forest. It started at 8, and the kids danced until they closed the doors at 10 o’clock.

There were over 200 students that attended this dance, on top of the sophomores who volunteered to serve food during the dance. They served pretzels, Chick Fil A, petit fours, and cake pops. The students who attended the dance claimed that all of this was “delicious and satisfying.” La Pavillion was decorated with lights, branches, potted plants, and roses. The venue was so beautiful that there was not a lot of decoration needed to make this night enchanted. After the dance came to an end, Mrs. Robert said, “I stressed about it so much in the month prior, but when it came, it was so beautiful and everyone was so beautiful all dressed up and I feel like I was everyone’s mom and I wanted to cry and I hope everyone had a good time.”

One of the highlights of this dance seemed to be the new and improved photobooth. It was called the “socialight photobooth” and was a large, circular mirror that served as a camera and screen as well. It worked by gathering your friends in front of the camera, and it told you to look at a certain point on the mirror, and the mirror captured a photo of the group. Once the picture was taken, a keyboard appeared on the mirror to type in your email, so you could have the pictures on your phone just seconds later! The juniors girls even requested that this photobooth be used again next year.

Overall, this dance was truly a success! Sophomores get ready: prom is a night you won’t want to miss! Piper Blancher says, “Prom was such a great time because the juniors and seniors had one last chance to come together and have a good time, making memories that will last forever.” With the standards of the Academic Pep Rally video being placed over this dance, it exceeded our expectations and was indeed the “Night of Nights.”