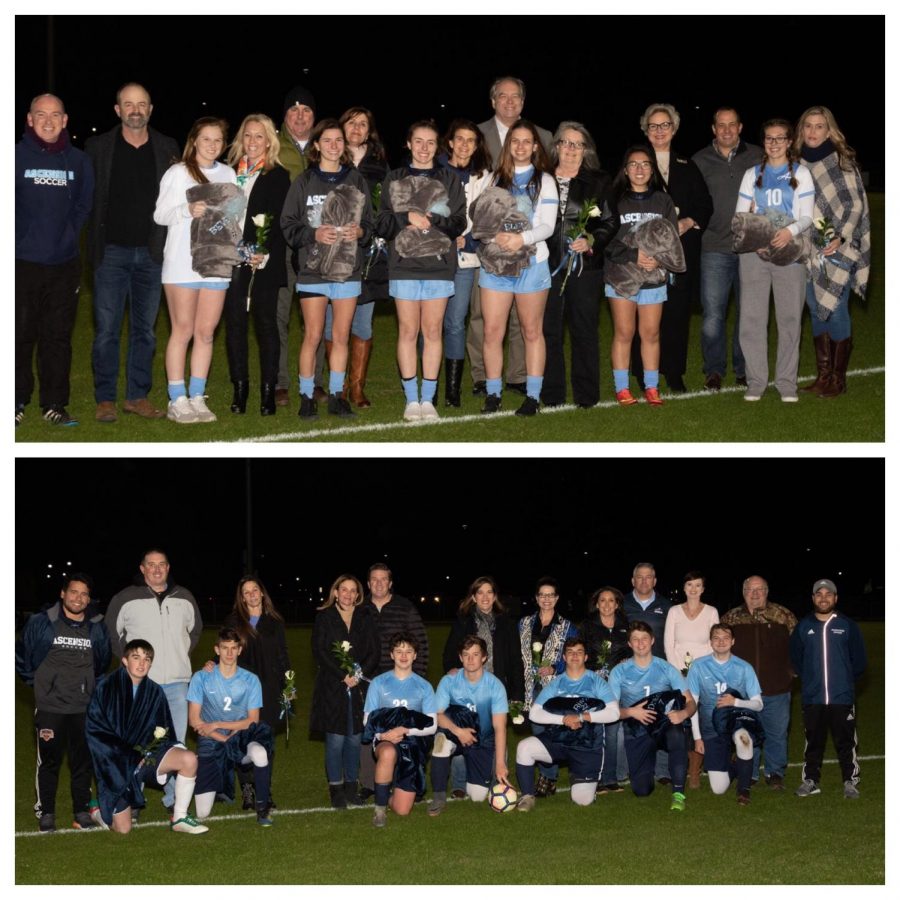 Last night the boys and girls soccer teams faced off against Catholic High for a district game. I’ll start off with the bad news first: both teams lost their games. The boys lost 4-1 with the other team having an own goal and scoring for the Gators. I asked senior Bry Drobish to sum up the game in a few words and all he said was “we came in for that W and they left with it.” Even though they lost, the game was fun to watch because junior Will Frentz occasionally busted out dance moves on the field and our beloved senior Mr. Dawg wore a hoodie under his jersey, the wrong shorts, and the wrong socks.

The girls’ game was very close. The game was tied at 0-0 for the majority of the game, but unfortunately the Gators were scored on in the last 15 minutes, making the final score 1-0. Although both teams lost, I think I can speak for both the girls’ and boys’ team and say that the entire night was still awesome because of how many fans we had cheering us on at our games (which rarely happens).