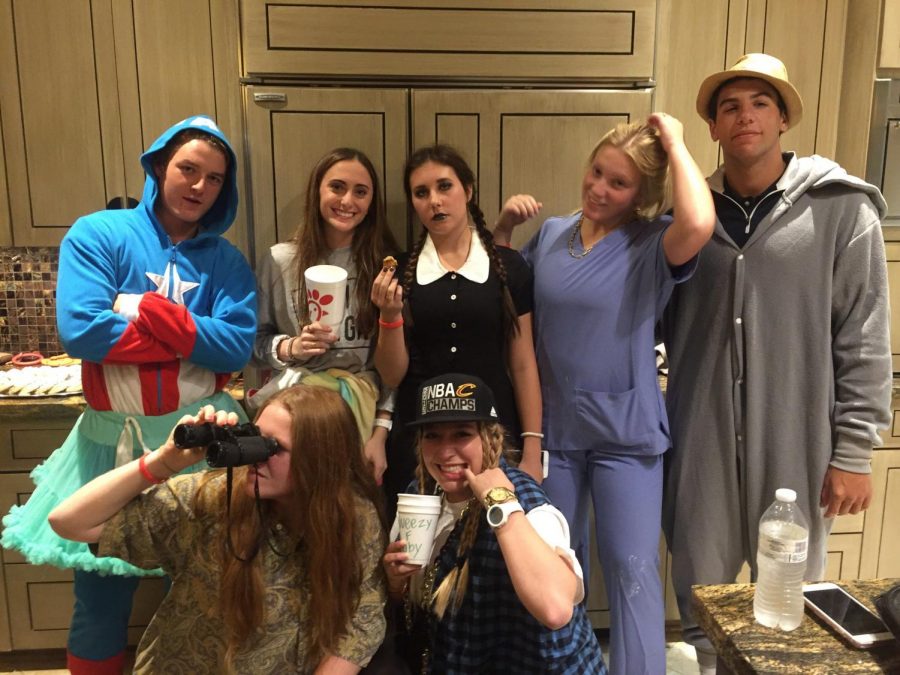 Everyone’s favorite holiday is upon us (Halloween)! Young Life made sure to take advantage of this amazing holiday. On Monday October 22, Ascension students were invited to sophomore Cole Simon’s house for a costume Halloween party. Everyone came in a costume, and they had a fashion show to show off the best dressed. It came down to three kids but junior Stephen Stefanski dressed as Batman and won the contest. Senior AnnLouise Babineaux was dressed Lil Wayne, which was ironic because everyone calls her “Weezy.”

At YoungLife, they always play fun games to get everyone in a happy mood. One of the games played was the pumpkin seed game. One person had to scoop pumpkin seeds with their mouth and spit the seeds into the bucket that someone else is holding. Seeds and spit got everywhere, and the juniors won the game. The other game that was played was more of a speed questions game. One boy and one girl got called to the front and they had to answer a Halloween question as quickly as possible before their opponent got the chance. Whoever got it correct won points. The girls won that game.

Senior Addie Vidrine’s thoughts were: “It was definitely one of my favorite YoungLifes so far”, which multiple students have agreed with her. YoungLife is once a week so stay tuned to find out when the next YL is!