To Theme Or Not To Theme? 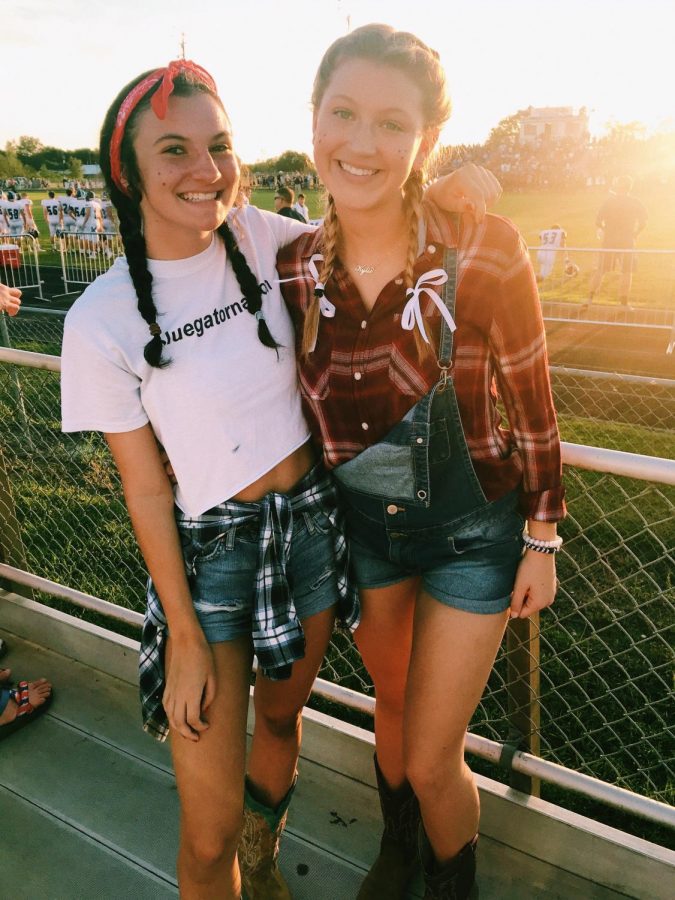 In the infamous words of Hamlet: “To Theme or Not to Theme, that is the question” …or at least, it went something like that. What has come to the attention of many Blue Gator football fans in the past few weeks is the controversy surrounding the themes of the games. After two games in a row in which the themes resulted in complaints and possible removal of dressing up for games altogether, the question seems to be: Are the themes being taken too far? Are these themes, that are meant to lightheartedly poke fun at that weeks’ opponents, being taken as “offensive”?

The controversy all started with the September 14 game against the North Vermillion Patriots. Student Life Prefect junior Will Frentz sent out an email to the whole SMP campus stating that the game is “…hillbilly themed tonight. Come dressed in your trashy gear.” The term hillbilly was taken in a variety of ways that night: some came dressed in their finest western gear, while others came dressed in their trashiest “white trash” outfits. The costumes at that game were deemed “offensive” by onlookers, and started the warnings of possible removal of dressing up for games altogether.

The next week, the Thursday, September 20 game against the Delcambre Panthers, was not much better. The theme for that game was unorganized, going back and forth between two themes; “preppy” and “fishermen.” Both were seen as ways of making fun of both teams. I know what you’re probably thinking: “how could preppy be offensive if we are just making fun of ourselves?” I thought the same thing until I talked to Head Prefect Senior Jillian Barczyk who made a valid point: “the preppy theme can be seen as us making fun of the fact that we are fortunate enough to have more than others.” The theme was still undecided Thursday during the school day, until right before lunch, when the school received another email from Frentz finalizing that night’s theme, which was neither preppy nor fishermen. The new theme was “hunt the Panthers,” where everyone would come dressed in their finest camouflage gear. Considering the game was on a Thursday, the student section was packed with Gator fans cheering on their favorite team to another Gator win. If hunting the Panthers was their mission, then the Gators sure did deliver with a final score of 43-12.

So the question of whether or not the themes are being taken too far is as simple as how you chose to look at it. I have been a part of the Ascension community for longer than I can remember, and I know that being purposely offensive is never something that was intended by anyone. Gator fans love going all out for anything and everything that is themed: games, dances, you name it (go big or go home amirite?)! At the end of the day (or game, in this case), whatever theme, offensive or not, does not truly define who we are. The Thursday game proved that even with a theme that doesn’t has nothing to do with the opponents, everyone can still have a good time and come together to cheer on the Gators!