Are the Dardar Emails Picture Perfect? 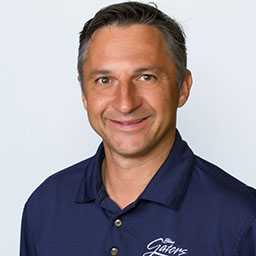 Everyone at the SMP campus knows of the absurd emails from Mr./Coach Chris Dardar. Topics of these emails range from students’ faces to the weather outside. So far this year, we’ve received several topics that students have backlashed against. The three most infamous topics being shaved faces, picture perfect days, and the lagniappe lunch water bottles.

Several male students have an issue with the “clean shaves for Mondays” rule which states that all male students must have their faces cleanly shaven every Monday or else they will have to shave at school. “No one has the right to make you shave, and having a beard is natural, even Jesus had a beard,” says Antoine Sfeir (junior). However, Luke Guidry (junior) says that he “can acknowledge that Coach Dardar is doing it for the sake of hygiene, but it doesn’t really hurt anyone by having a beard, and [Sfeir] think[s] he makes it too big of a deal.” These male students feel as if their voices are ignored or just simply not even cared about. Antoine also makes a good point: Jesus, a man who our school’s religion is based upon and who is widely looked up to, was almost always depicted with a beard, and he was never considered unclean to his followers. “I think, since we are a private school, that we should maintain a somewhat formal demeanor,” says Jack Bradley (junior). This was a rare opinion I received, but one that should be noted. Several people disagree saying that there was never an issue with facial hair in regards to its formality.

All of the student body has a complaint about the “picture perfect day” emails. These emails usually remind us that we cannot go inside whenever we have free time (after chapel and during lunch). “I find it ridiculous that I feel the need to hide in the gym to avoid the outdoors after break,” comments Marielissa Perez (junior). Her opinion was one I had heard from several other students. The fact is that none of the students want to go outside. The world is having near record high temperatures, and we live down south where heatstroke is common. Mrs. Hebert (science teacher), however, said “I think it’s good that the students aren’t cooped up inside all day and they get some fresh air.” She also told me that she has never had outside duty though to wait with the students until we can go inside. Bryce Douglas (junior) also points out, “Coach Dardar’s ‘picture perfect day’ emails have actually been sent on days with heavy rain, so it can be very incorrect.” He is not wrong. This year whenever he has said/emailed the words “picture perfect day” there is always a very high chance of rain, which is something that aggravates the student body even more. He never makes us wait outside in the rain though, so that is definitely a plus.

The lagniappe lunch water bottles is an issue that has resulted in only one email, and this is the one the students were most forgiving of. It is a new rule stating that we must pay $.50 for each bottle of water we take if we do not order a lunch because it is costing the school an extra $4,500. “I think that his decision about the water bottles is justified, and he has the right to enforce that rule. He asked politely and respectfully which is a lot more than some other Deans of Students would do. I think people need to lay off him a bit,” thinks Lauren Franques (junior), and “I believe his email about the water bottles was reasonable, but I think even just a third of someone’s tuition would cover the costs,” comments Luke Guidry (junior). Mrs. Acevedo (Spanish teacher) said, “If people are just taking the water, someone has to pay for it, so you guys really should pay for it.” These are all great opinions, but something about Luke’s really caught my attention. Each student already pays a very high tuition price for admittance into the school, and many students don’t see why they should have to pay extra for the necessity for water. However, there are water fountains set up around campus, but several students claim that the water tastes too metallic for their liking.

I asked several students on what their overall thoughts on the emails were also. Will Frentz (junior) says, “Amidst a day of darkness I find salvation in only one thing… Crispy’s email subject lines.” Lauren Franques (junior) says, “I think that any way he addresses the student body will be mocked because of the nature of his position and this school, but yeah they’re pretty funny.” Avery Lege (senior) says, “I don’t take them seriously at all, but they make me laugh,” proving that the emails provide comedic relief for stressed students. Junior Jack Bradley’s take on the emails is, “We haven’t had rules like this before, and everyone is kind of freaking out because of them.” He is not wrong. Before Mr. Dardar took over discipline, our students never saw many rules and few disciplinary actions for the ones who needed it. However, Lauren said it best. No matter what Mr. Dardar says, his emails will get made fun of strictly because he is sending them. High school students have always meme’d on their school authorities, so this is not uncommon.

Finally, I asked Mr. Dardar how he thinks his emails are affecting the student body and he said, “I think they’re giving the students motivation and brightening their day each time.” I am not sure if “motivation” was the correct word to use, but they definitely spark some kind of flame into the student body, which is something everyone can be sure of.