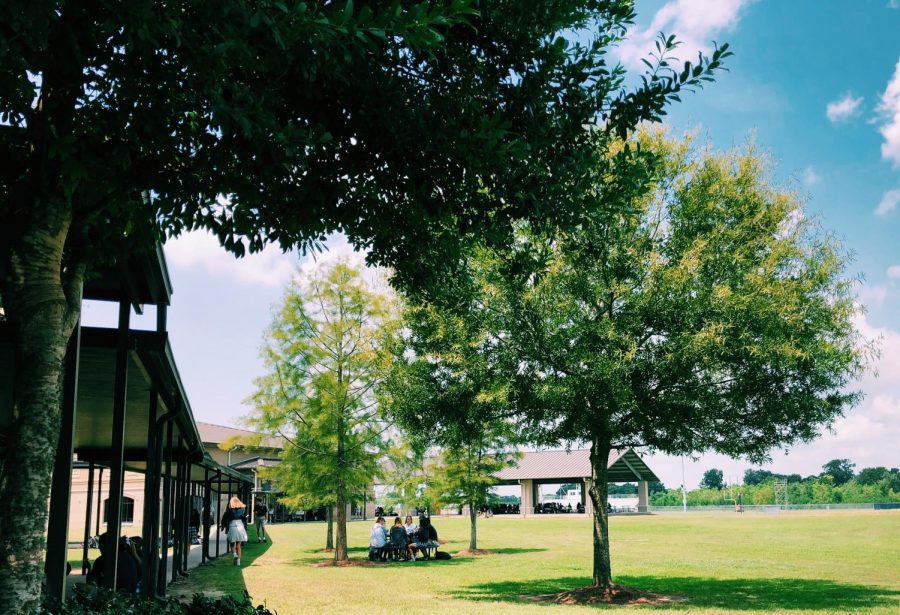 There is a new rule at Ascension: students are not allowed to come into the main building during break and lunch. Teachers believe that supervision is very important for any high school. Keeping kids safe is, of course, a high priority and having everyone in one spot gives the teachers a more controlled environment for students. Coach Dardar says this about the outside rule, “there’s not enough supervision to watch the students in the building.” This is a reasonable concern because the risk of student’s safety has increased over the years.

Ascension students are not enjoying the new outside rule, especially in the humid August heat. Most students bring a snack to school every day, but if it’s in the building they aren’t allowed to go in and get it. Senior Peyton Price supports this side of the argument, saying, “I don’t see the point of it, really. Snacks, computers, printers, bathrooms, and teachers are all inside, so I need to be in there most of the time.” The new rule becomes a problem when students are trying to be productive during their break by doing their homework or studying, but, they have to wait to get their materials from inside. Also, there are only a couple trash cans outside while there is numerous trash cans inside. It is more likely for the students to litter when there is a limited number of trash cans outside.

Both sides of the new rule have good points; supervision and being productive are both very important. A suggested compromise could be to allow students to come into the building while keeping the classrooms locked. This would be a way for the teachers to keep a better eye on students while the kids can have access to the materials they need. If the teachers and students were to come to an agreement about this new rule, safety and productivity could both be met.