The Truth Behind the Mask 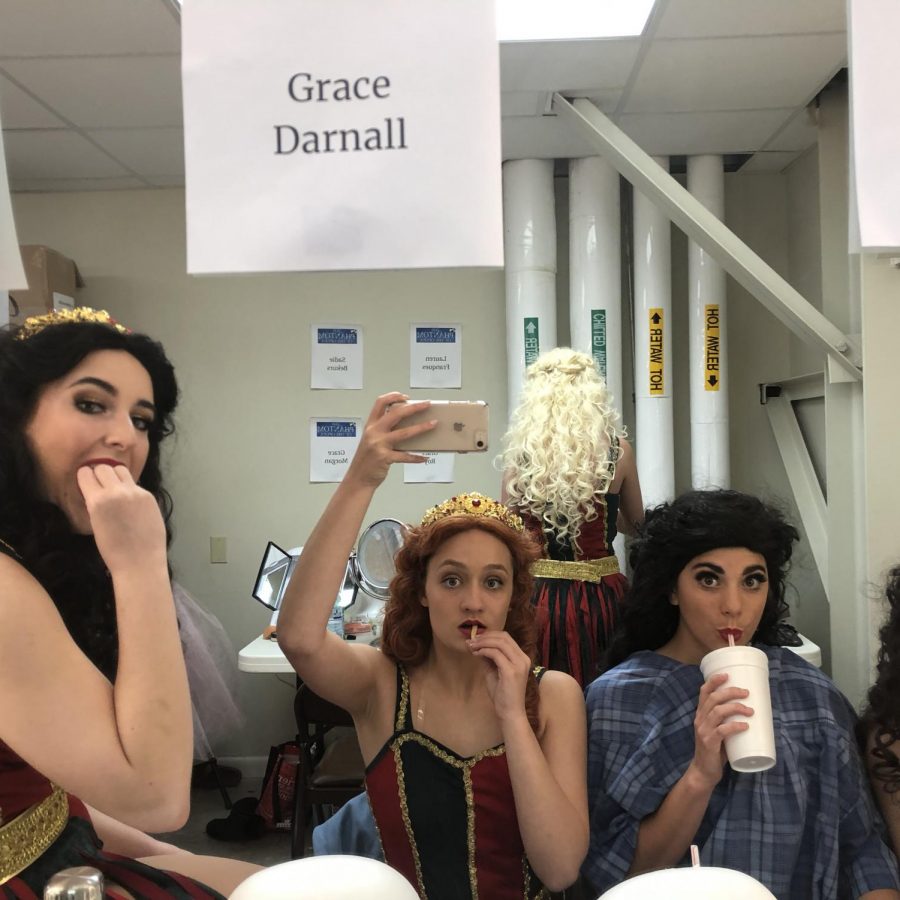 Ascension’s drama department put on the musical Phantom of the Opera, and it was a lot of fun to do! Yes, many students, friends, and family came to see it, but they will never know everything that goes on behind the curtain. During show week, we all become a family and we are always around each other. We have so many random conversations that become inside jokes later on. Ms. Kallie Broussard directed the musical, and she did not want any of us to get sick. She would jokingly (not so jokingly) yell at us to not get sick. She would repeat, “There is hand sanitizer backstage! Put it on every chance you get! Each time you pass by it, you put it on!” We were even told to be on vocal rest during all of show week, but that didn’t mean we couldn’t sing on the bus to get to the Opera House.

Now, everyone has been talking about junior Ben Tyrell’s haircut, but did you know he cut it himself? Just another one of his talents. Also, backstage the ballet girls had a bet of who the dead body dummy would fall on next during the dance of the Country Nymphs. Freshman Grace Morgan got hit by it but never noticed. Sophomores Virginia Foshee and Ronni High also almost hit it. Virginia Foshee was Meg and we would see her warming up onstage before curtains opened which her rehearsing was showing through her performances. Everyone became their character from the moment we walked into the Opera House until we got on the bus to leave. You may even hear everyone singing different Phantom songs throughout the day. A lot of people don’t know that most of the sets were actually created from volunteers. All the sets took a lot of hard work. The musical is a huge commitment, but it is worth it. Behind the curtains it is very chaotic, this includes being yelled at by all the stage crew saying, “Don’t eat in costume! Don’t talk backstage!” When we weren’t on stage, many stories were being told to each other. There were some ghost stories about the Opera House being haunted, but it’s a joke… or we think it’s a joke.

We would have intermission between Act I and Act II to eat dinner, and when they said food’s ready you see everyone running as if they only had five seconds to eat. I mean everyone took their time to get to the stage, but when food’s ready that’s when we run. Now, everyone is organized in the musical, but some things could end up disappearing with how many people take part in it. I know, the ballet girls were losing things left and right until it just suddenly appeared again. That’s what happens when you have five seconds to change costumes and hair pieces. And when Mr. Sandford yells, “Everyone vocal warm-ups!” or we hear, “Hey, go to the piano and get ready to warm-up.” we know it’s time to get serious. The best quote from Mr. Sandford is when he was talking to the cast and said, “Who is singing Masquerade? The Phantom?”

No one was allowed to stand in the wings unless it was their turn to go onstage or else the audience could hear us talking. There are girls looking for any mirror to help them put on their makeup, moms running around trying to organize the rooms, and boys (actually they did what they were told to), they quietly sat in their room until cued. Though there is a lot of craziness going on backstage, it’s a time we spend together. We will remember every inside joke, every song lyric that makes everyone start singing, and every time someone forgot to move a set onstage. We will also remember the eyes Mrs. Kallie gives us when we mess up, the eyes that we feel even when she’s not around. Now the curtains closed and the cast thanks Ms. Kallie, who has put up with us through every rehearsal.