Choir Goes To Disney: A Recap 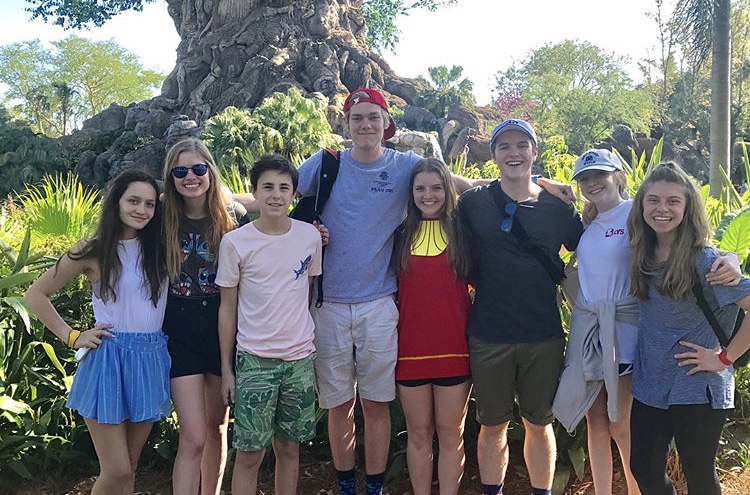 Over Mardi Gras break, the choir and drama club took a trip to Disney World. During this trip we went to a workshop and were taught by a Disney professional, and we got to perform in Disney Springs. In the workshop, we learned how to audition for any role, and also new exercises to use before singing. We showed him our Phantom of the Opera medley, and he was so excited that we were doing Phantom for our musical. We also showed him one of the dances that will be in the musical, and he helped us clean everything up.

I asked senior Jillian Verzwyvelt what she thought of the trip and she said, “The Disney trip was such an incredible opportunity to be not only in the most amazing place on earth but to be there with the most amazing people!” We both talked about wanting to be a Disney princess in the future, and the workshop we attended helped us know what to expect in the audition. Jillian said, “I learned some interesting vocal warm ups and what adjudicators look for in auditions: they not only want to see your character but they want to watch you become your character before their eyes. They want to see your ability to differentiate between you and your character.” It was great advice for anyone who wants audition for anything in the future!

I also wanted to know what Jillian thought of the performance since she got a dancing role during the tango. Jillian said, “I think the best way to describe it was a learning experience. Though things didn’t go quite as planned for example: the music starting early and being too soft, me slipping during tango, and so on, we pulled through and gave our best performance despite all of the minor malfunctions!” She also was grateful for being able to perform with other dedicated students, and even added, “I am so fortunate to be able to call not only my closest friends, but more so my family.” Jillian is not going to be in the musical, sadly, but we are happy she was able to take part in the Disney trip and perform with us!

Ronni High is a junior who went to Disney for the second time. She enjoyed having a professional teach us in the workshop. She said, “He was so upbeat and taught us new things!” The performance was the last part of the trip, and Ronni said we did really well. “All the leads performed really well and the ensemble did as well,” but sadly a few people got sick and weren’t able to sing full out. Even though some got sick, the performance was great and some people even said it was amazing how we were just high school kids. I asked if she liked performing in Disney Springs and she answered, “It was cool being able to perform I from of random people. Anyone who wanted to stop could. It wasn’t something that we had to worry about people showing up to or not.” She will be going with the choir next year on the next trip!

Jillian is one person who will be leaving in the fall, but she thinks it was a great trip to be on for lasting memories. I asked what Ronni’s favorite part of the trip was and she answered, “When Lauren forgot to pay for his food and got away with it ” When Jillian was asked her favorite part of the trip, she responded,  “My favorite memory would have to be either watching the Argentinians completely surround Kenn and John or watching some of my friends finally overcome the fear of the roller coasters such as Grace.” There were so many memories made like sophomores Emma Gautreaux and Emma Guidry cheating the Fastpass system, or some people getting terrified before going on a rollercoaster. Next year, we will have new adventures taking place, and more memories to share.