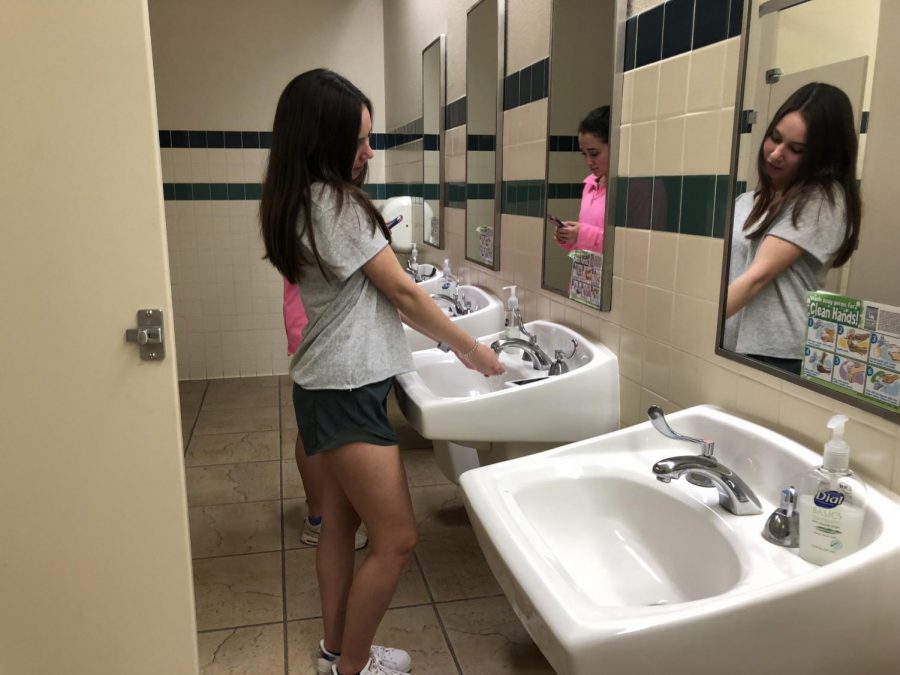 If you are to enter the girl’s bathroom at any point throughout the day, it is likely that you will find something that would be deemed peculiar under any other circumstances: a faucet, pumping clean water right into the drain, and no person in sight. As an environmental activist, a logic enthusiast, and a woman, I have a bone to pick with a specific group on campus. That is the girls who consciously leave the water running in the restroom. The problem I have with this toxic practice is two-fold.

First and foremost, it is an unbelievable waste of water. Not to send you on a guilt trip, but imagine the estimated 780 million people around the world that don’t have access to clean water watching you send what they would die for down the drain. As Americans and as Ascension students, we have access to more than most, and that is not something that should be taken lightly. I don’t care how predictable The Young Republican club boys will call me–check your privilege. Understand how to use the valuable resources we have before they are all gone. Just as our parents intentionally sacrifice to send us to a school such as this one so that we can have provision in the future, we should sacrifice our comfortability in the restrooms so that the planet can have a fruitful future.

But, I believe that the simple covering up of bathroom routines stems from a systemic, societal expectation of women held to an unnaturally high standard. Now, you may think that I am grasping, but hear me out.

I have not visited the site itself, obviously, but research from trusted sources has lead me to conclude that this planet-paining phenomenon is exclusive to the room marked “girls”. In the space only a wall away, male students face the bathroom task with tenacity. Generally speaking, the boys do not feel ashamed or embarrassed of the way in which they relieve themselves. When this particular spectacle is brought up around boys, they are always in disbelief. Once caught up on this situation, Will Frentz commented, “I feel bad for them, that they have this pressure, but that doesn’t mean I believe that they should do it. If everybody just stops then it will become normal.”

So, why do women feel that they have to hide their bathroom habits from one another? In my research, Mrs. Roberts was immediately frustrated once she understood the situation wondering, “Is this just something else [women] have found to hate their bodies for?” Centuries of teaching girls to hide tampons up their sleeves and women to take their birth control pills in secret have built up a toxic barrier between women and comfort in their bodies. Women are expected to magically digest their food into air and to only speak of the parts of their bodies that appease a tea party crowd. This confinement of natural processes has caused women to run from truth and toward shame, even in the presence of exclusively females.

I will be the first to admit that I am not entirely comfortable speaking of what goes on in the restroom. In fact, writing this article made me cringe just as many times as it did you did reading it. But, I do believe that for that reason precisely, it is a conversation worth having.

Thus, I propose to create a new pact between girls. A promise to hold one other accountable in accepting every woman’s bathroom situation and saving the planet in the process.