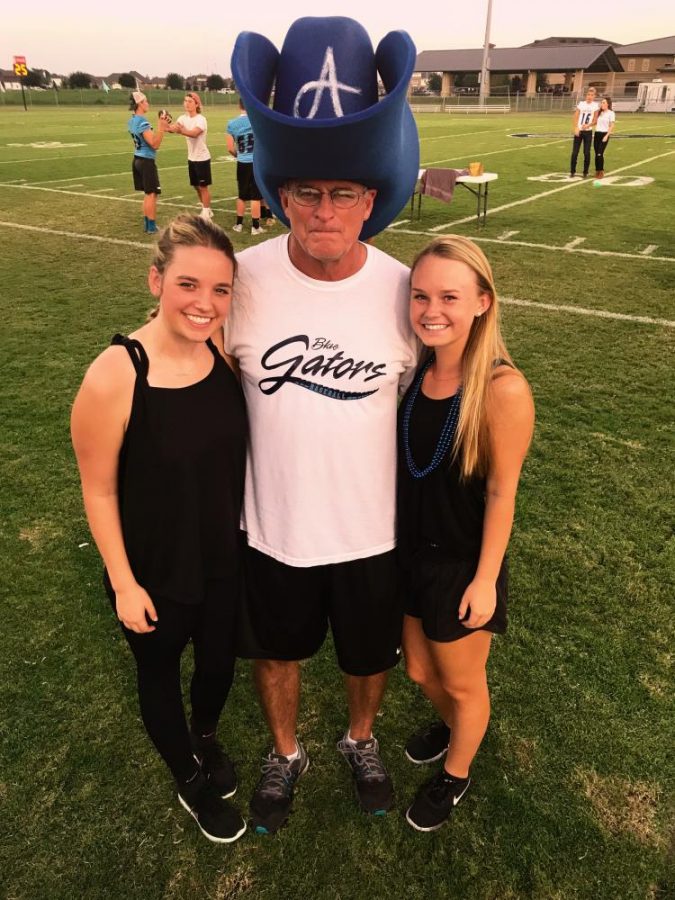 Every year during homecoming week, all of the girls in each grade compete in a powder puff football game. This tradition is one of the most anticipated events of the week: the boys get out their coaching hats and the girls gear up for the game. Each grade usually orders their own personalized team shirts with certain colors and slogans. The school allowed team practices on the Thursday and Friday before homecoming week, while many teams held their own private practices to hopefully better their chances. On Wednesday, October 11, the eighth grade, freshman, sophomores, and juniors competed against each other for the chance to play the seniors in front of the whole school. The eighth grade played the freshman, which resulted in a freshman win, while the sophomores competed against the juniors. The juniors were successful against the sophomores, and they advanced to play against the freshman. With tensions running high to claim the spot to play the seniors, the juniors secured their place in the game with an overall win against the freshman.

When everyone returned to school the next day, one could feel the excitement in the air for the game that night. The seniors decided to have one last practice during their break to finalize their positions and run some plays. Feeling confident, they finished the practice and were eager for the game. After the parade and pep rally, it was time for the junior-senior showdown. The senior girls (fashionably) rode in on a fire truck, playing “Bring Em Out” by T.I., then proceeded to storm the field to pump up the competition. The game consisted of four 7 minute quarters with a short halftime. After the first half ended, the score was 14 juniors and 7 seniors. The senior boys (with a few underclassmen) had been practicing all week for a surprise halftime performance to Beyoncé’s famous hit, “Single Ladies”. Senior Andrew Hebert, a man of a few words, said about the experience, “It felt very freeing to be able to dance in front of everyone, like I could be myself.”

After the boy’s crowd-winning performance, the game resumed for the last two quarters with a unexpected guest: senior Thomas Frederick in a pink wig, running onto the field during one of the senior plays, tilted “Caitlyn”.  The third quarter ended with no change in the score, which fueled the seniors to leave everything on the field for the last quarter. In the final seconds of the game, senior quarterback Sydney Smith threw a perfect pass to receiver Caroline Zaunbrecher, resulting in a touchdown, which ended the game in a tie. Overall, the game was full of excitement (and plenty of stress) and was the perfect way to end the homecoming week activities!