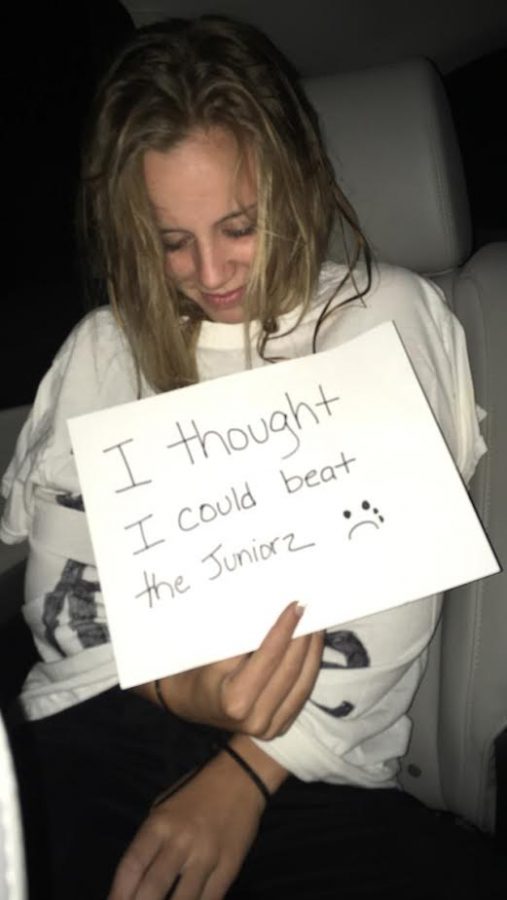 Last week was filled with many exciting events including the homecoming concert, powderpuff, of course the homecoming game, but all of these pale in comparison to what started on Tuesday at midnight. Junior-Senior War: a tradition that’s been around since the beginning of time. That, kids, was a hyperbole. What I’m about to tell you, however, is no exaggeration.

At approximately 12 A.M. on Wednesday, October 11, the senior class set out to destroy the juniors. They had apparently been planning for quite some time because they had a pretty impressive spreadsheet of which groups were toilet papering which houses. They even created a google docs with the names of each junior so they could highlight their name once the house had been hit. I have to say I am not shocked by this because the seniors go all out for everything. Like EVERYTHING. They got 50 houses in one night and stayed out till 6 in the morning. As much as it pains me to say this, I was actually kind of impressed.

But, we couldn’t let them win. 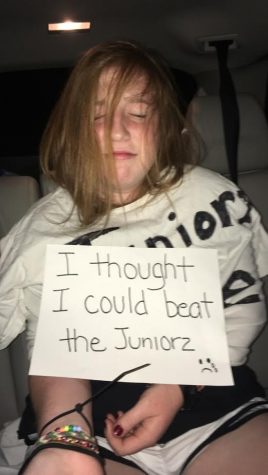 Our grade (11th) has too many friends in the senior class to let that happen. So we did what we do best and tried to get organized (but failed epically so we improvised). We created a GroupMe, which we later found out was almost pointless for the element of surprise because the seniors, being the thieves they are, stole our phones and read all of our plans. There was one plan however that they did not know about: kidnapping. I got this idea from Austin Arceneaux, who jokingly texted, “Can we kidnap Sydney smith?” in our GroupMe.

At first I thought he was crazy, then I thought he was a genius, so I called Mrs. Kellie Smith and Mrs. Julie Bourque (the two MVPs of the junior class) and got their permission to snatch their children from their beds and carry them off into the unknown, which is exactly what we did. They were scared, Grace cried and started yelling “where’s my mom?” at one point, which was the highlight of my evening , but then the unexpected happened. Katherine Broussard and I were toilet papering the Leleux’s house while Sydney and Grace stayed in the car because they refused to help. Then we heard the car start and they drove off without us. We left the keys in the car (we geniuses I KNOW). They eventually came back because they couldn’t just leave us, but they forced us to buy them food so that was a bummer.

The rest of our grade hit a ton of houses, which was epic, but I don’t have an actual number for you because, as I said, we are not the organized type. The night was a success and we were told that they were going to get us back (which I doubt), and so the war continues. In my very unbiased opinion, I would say the juniors crushed it and the seniors took the L for the homecoming week battle. But who knows, maybe they’ll win the war.