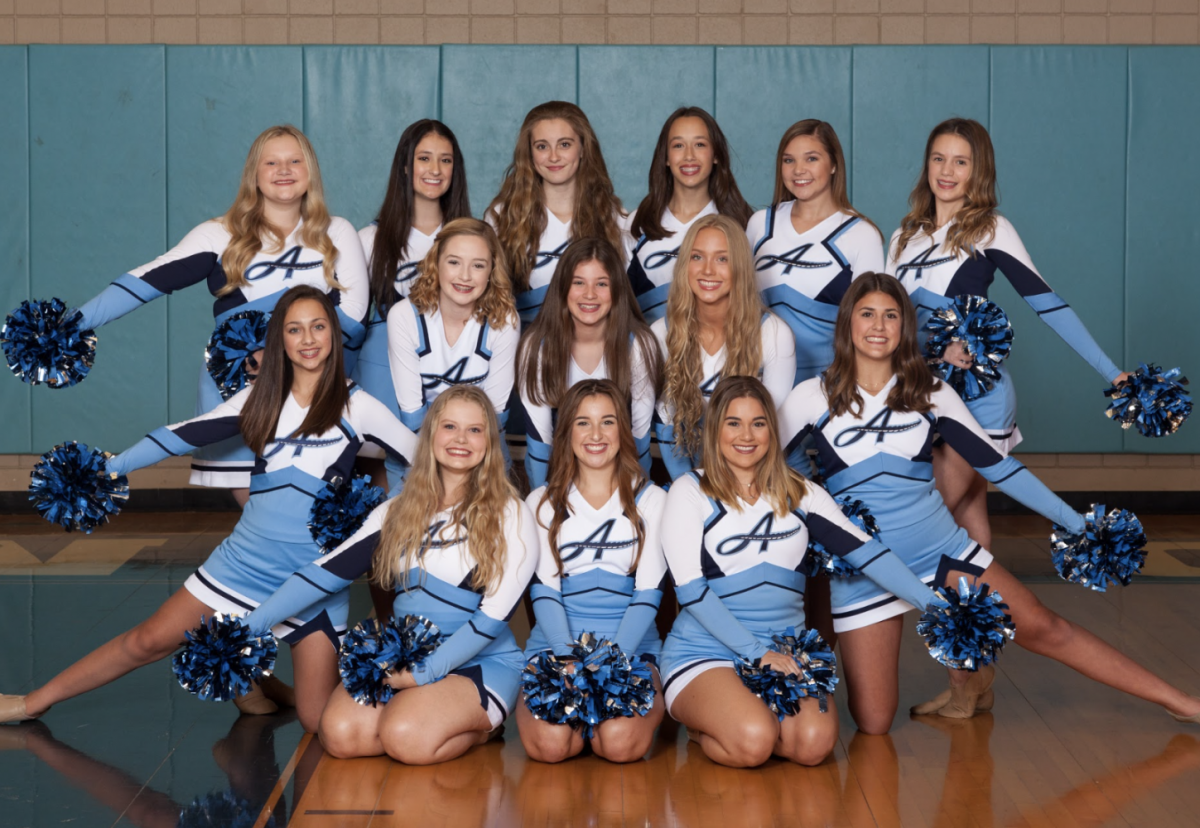 The Ascension community has been thriving with numerous new students on campus, almost making it hard to fit. Not only is the school growing in size, but Gator Jazz has also gained multiple new members from the upcoming grades. Within the past four years, the team has more than doubled its number of members. Only four years ago, the Gator Jazz team had a total of 5 members, but now there is an astonishing 13 girls committed to the team. With 3 seniors, 1 junior, 7 freshmen and 2 eighth graders making up the team, the girls are all forming close relationships. Abby Domingue, a new eighth grader to the Gator Jazz team, said, “My favorite part about dance team is that you are dancing with these amazing girls in a friendly and sweet environment.” Growing stronger as a team, performing a collective number of dances together, this year’s Gator Jazz team has been their best yet. Learning their 5th dance together, the team is forming as a whole and is creating its own style.

Each year there is a different set of girls, who all bring a different set of dynamics to the team. Thanks to Milan Milson and Kallie Broussard’s passionate coaching, the team has improved from the previous years and more girls have developed an interest in joining. Last year was a big year for Gator Jazz because so many incoming 8th graders had dance background or were interested in the team because of a friend. Because of more people having dance background before joining Gator Jazz, there has been a higher interest in the team. This made it a lot easier for them to start doing dances that were more complicated, and appeared more impressive to audiences. The energy at practices are constantly high. The girls like to have fun and joke around, but also get to work and get the dances as clean as possible. The Gator Jazz team feels more support this year by the Ascension community than any other year. They bring a different form of hype to football games and pep rallies. Now that the dance team is improving, they can bring additional energy to football games and get the crowd pumped with more school spirit.

There is so much talent present already, and if things keep progressing as much as they have been over the last couple of years, they can really do great things in the future. If the girls who remain on the team in the future keep working as hard as they are now, they could go to competition and win some serious hardware. The current captain, Morgan Curtis, said, “Dance team means the world to me. Not only do I get a chance to do what I love, I get to do it alongside such amazing, talented girls. These girls mean the world to me, and really make me feel like I have a place I can call home within the Ascension community.” After their next performance, remember to give them a big thumbs up!