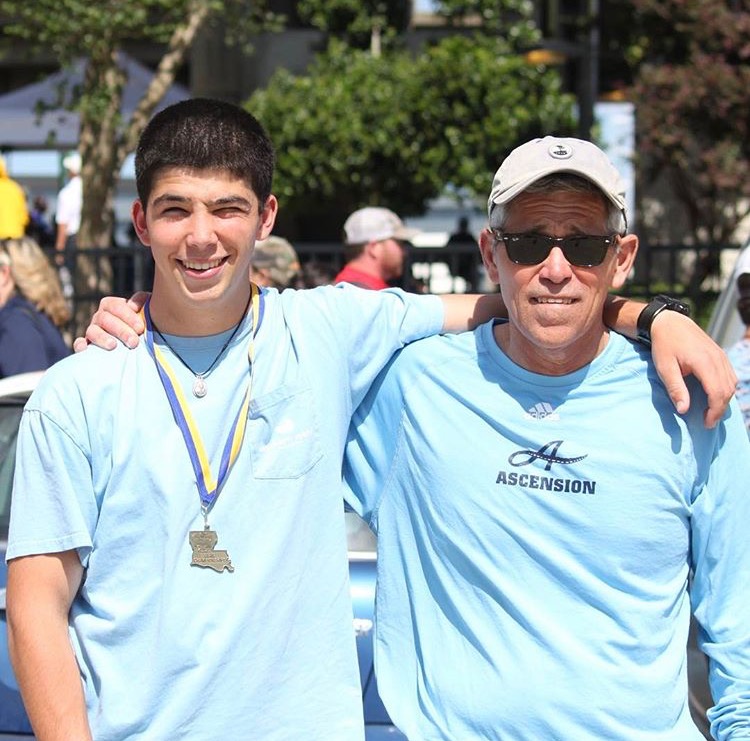 This past Friday the Varsity Track team competed in the LSHAA State Meet in Baton Rouge, Louisiana. Our athletes were up against 9 people in each event. Both boys and girls alone competed in the 4 by 2 and jumped the triple jump. Girls alone ran the 400 meter dash and the 4 by 4. This resulted in senior, Elizabeth Lee, becoming the 2017 LHSAA Class 1A Girls 400m State Runner-Up. When asked to say a few words about her experience, she said, “It was a great way to go out! I am thankful for my team and how hard everyone worked. There’s no other way I would have wanted the season to end!” In addition, the boys ran the 4 by 1 and competed in pole vaulting.

Junior, Kenny Odinet, single-handedly destroyed the pole vaulting competition. He was named the 2017 LHSAA Class 1A Boys Pole Vault State Champion. Odinet was also announced the All American Track for USA Track and Field (USATF) Southern region. As a freshman, he was recognized as an All American in Junior Nationals. Throughout the season, Odinet broke the state height record around 3 times. Unfortunately, he suffered a stress fracture in his foot which held him back from being able to break the record once more at the state meet to finalize his spot as the new record holder.

The team had their first practice at the beginning of February and worked tirelessly, focusing on nothing, but making it to the state meet. This mindset proved to be successful as they finished with two new state champions. Junior, Laurel Guidry, said, “It has been extremely rewarding to see how much the team has grown, not only in size, but in the spirit of running. Everyone on this team truly loves what they are doing and I think that shows every time we compete.” The Ascension community is incredibly proud of the dedication that the track team has shown these past few months and cannot wait to cheer them to victory in the future!