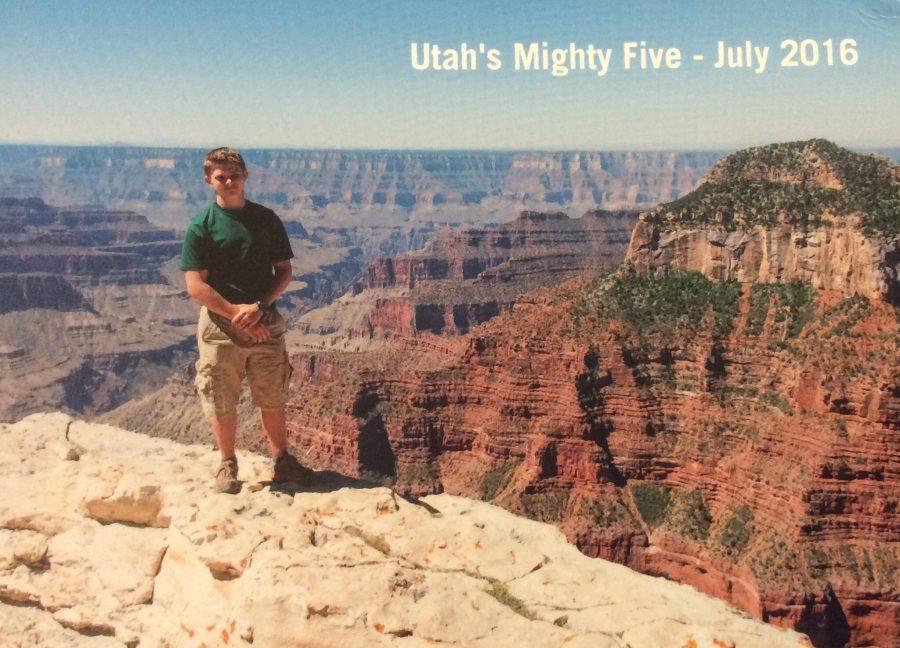 The Scout Law states, “A Scout is trustworthy, loyal, helpful, friendly, courteous, kind, obedient, cheerful, thrifty, brave, clean, and reverent.” These characteristics seem to be ones that any person should strive to follow and live up to because people following such lifestyles will contribute to a better community and overall world. Despite these good principles and benefits boys receive from being a member of the Boy Scouts, only four out of every one hundred boys will continue in scouting and overcome many obstacles until they have earned the honorable rank of Eagle Scout. This is why the Eagle Scout rank is considered such a great honor and is looked up to by many. There are many important men in the army, government, science and medicine, that are actually Eagle Scouts. Neil Armstrong, Gerald Ford, Rick Perry, William C. DeVries, M.D., and Robert Gates are a few such Eagle Scouts.

Joining this list are many young scouts from various states that will become the next leaders of our nation. Connor Landry, a junior at Ascension Episcopal School is one such example. Connor earned the rank of Eagle on March 14, 2017 through Troop 162, after ten years of very hard work and dedication. This may seem like a relatively simple award to earn; just go on enough camp outs and you will eventually earn the rank of Eagle. This is definitely not true! In order to earn the Eagle rank, a Boy Scout must be active in their troop and climb through the various other Scout ranks: scout, tender foot, second class, first class, star, life and finally Eagle. They must also live by the scout oath and law, receive recommendation letters on their behalf to prove they lived by such a status, earn at least 21 merit badges (including some that can take up to 90 days a piece to complete), earn many service hours, plan, oversee, and conduct an Eagle Scout project that will benefit the community, and write a resume about their current and future life goals, all before his 18th birthday.

Connor says that being a member of the Boy Scouts has made him into a better person and leader. It has also taught him many life lessons, such as living in the outdoors, living by the main points of the Scout law and scout oath, living with integrity, being prepared at all times, thinking on his feet, and honor. Through his years in Boy Scouts, Connor has completed 39 merit badges, was awarded 105 patches and medallions for other activities and achievements, earned close to 100 service hours, went on over fifty camp outs, organized and administered a park bench building project, which took over 160 total hours to produce six high quality benches that would be distributed to various parks around the Lafayette area, was the senior patrol leader and assistant leader a total of four times, and, lastly, completed a 35 minute board of review to test his knowledge on all the Boy Scout tools he had learned over the years to be awarded the Eagle rank. Connor was also specially chosen to join the Order of the Arrow, which invites only a very select group. Connor says that out of all the trips that he has taken with the troop to places such as the Grand Canyon, Utah, Montana, Arizona, Texas, Colorado, Tennessee, North Carolina, Kentucky, Florida, Alabama, New Mexico, Wyoming, and many more, his favorite was when they went to Angels Landing in Utah because the area was very beautiful and it took a lot of bravery to hike on the edge of the cliff.

The Boy Scouts is not Connor’s only focus. Connor is a member of the Mayor’s Youth Advisory Committee, a member of Lafayette Junior Leadership, president of Ascension’s chess club, and head of the club council to oversee all club operations at Ascension, as well as taking AP and Dual Enrollment classes and participating as a member of the school’s swim team. With all of these accomplishments at such a young age, Ascension is unbelievably proud of how hard Connor works and we cannot wait to see what Connor’s next achievements will be. Connor joins the very few other Eagle Scouts from Ascension Episcopal School, including Aaron Belaire, Christian Belaire, Joseph Taple, Michael Dalman, and Mr. Ducote, who will all leave a legacy having achieved this very rare and honorable rank.