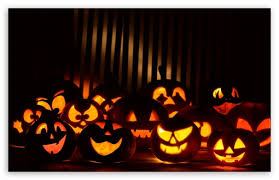 What is Halloween really about?

Halloween, which means holy evening, has a Christian origin and dates back to the year 1745. It is also known as Allhalloween, All Hallows’ Eve, or All Saints’ Eve and is observed on October 31st, the night before the Christian feast of All Hallows’ Day. Historically, it begins the three-day observance of Allhallowtide, the time in the liturgical year dedicated to remembering the dead, including martyrs and saints (or otherwise known as hallows).

Growing up I thought this holiday was designed for children. Children dress up in costume and go door-to-door asking for candy or other treats. They use the phrase “trick or treat” with the hope of getting candy in return. The term originally means that if a treat was not given, the child would create mischief.

As I’ve gotten older, I have a new perspective. This year instead of trick or treating, I passed out candy. While passing out candy, I realized how much Halloween has changed from when I was younger or I just had a new viewpoint. The costumes have changed, and I noticed that older kids were out trick-or-treating, too.

The costumes have changed quite a bit. Some were not so innocent or sweet. Most children wore superhero costumes, animal costumes, and princesses. The teens mostly wore scary costumes. Adults wore a mixture of all of these. I also saw many couple costumes: such as salt and pepper, angel and devil, and hunter and a deer.

Since Halloween was on a Monday this year, it seemed to be less festive than it often is on the weekend, but nonetheless, families dressed up and turned out on the streets to collect candy. Even as a teenager, Halloween is still a fun tradition.