Football Season in the Swamp 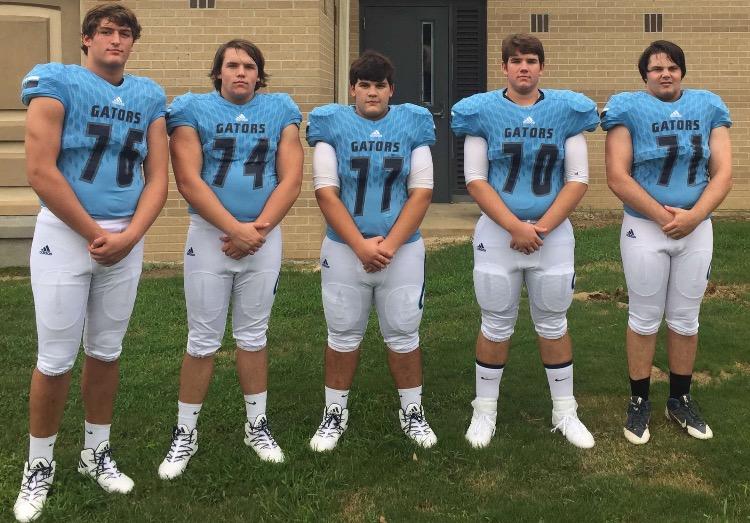 Last Thursday, August 25th, Blue Gator fans gathered in TCH stadium anxiously awaiting some indication as to how the football boys would rank up next to longtime rival, LCA Knights. Many question marks loaded with pressure and expectation followed the newly shaped team around. Though the jamboree outcome did not end with the Blue Gators on top, the boys put up a good fight. As the team’s fundamental players, along with head coach position, have been rearranged since last winning season (11-2), things are bound to look different. Different may sound disheartening to fans, as they are slowly running out of motivational steam from last season. Fans are going into this football season with high expectations, which translates to a heavy weight on new Quarterback, former starter at strong safety, Jake Vascocu and new head coach, former assistant head coach, Matt Desormeaux and the rest of his crew.

Looking at team dynamics, the offensive line provides the leadership and the comfort. Returning starter, junior, Michael Remondet is doubling up on offensive line and defensive line this season. Remondet speaks on his hope for the season saying, “Our team has talent, but we need to work hard in order to reach our full potential. If we work, we will come out on top. The offensive line, is an experienced group ready to play hard.” The seasoned seniors Ronald Leblanc and Zach Ronquillo show their talent in the wide receiving corps. Defensively, the seniors Andre Roth (inside backer and running back) and Camp Juneau (outside linebacker) will have the responsibility of both speed and power to push their pack. Clearly, more than ever before, it is the upperclassmen’s job to keep the tempo of the team.

The season will be one of answers, hopefully ones that sound like fight songs and big cheers. The pre-season injury of senior Josh Hebert is a big question on everyone’s minds. Coincidentally, this is the second straight season Ascension has lost their leading rusher. Coming off of the record setting season of last year, the leaders of the team, especially Vascocu, who is looking to match the passing ability of Arceneaux just last year, have big shoes to fill. The away game portion of the schedule holds an ominous feeling, featuring Vermillion Catholic and Lafayette Christian Academy on their turf. Only time will tell if the now-experienced leaders will be able to keep the momentum from last year to push them through the season toward victory. All Blue Gator fans are hoping the jamboree acts has a warm up and a good practice, rather than a foreshadowing of the upcoming season.

Looking past this, the football program at Ascension Episcopal has come leaps and bounds since its conception only 5 seasons ago. Referencing the 3-7 record of 2011, and the 0-10 record of 2012, only three years prior to making it to the semifinal playoffs. The Blue Gators have some real progress to be proud of. Football teams thrive off of crowd energy and the support of the school behind them. Fans, be loud and involved this season and come support your incredible and passionate Blue Gator football team every chance you get!