Should a 9-Year-Old Fire an Uzi? 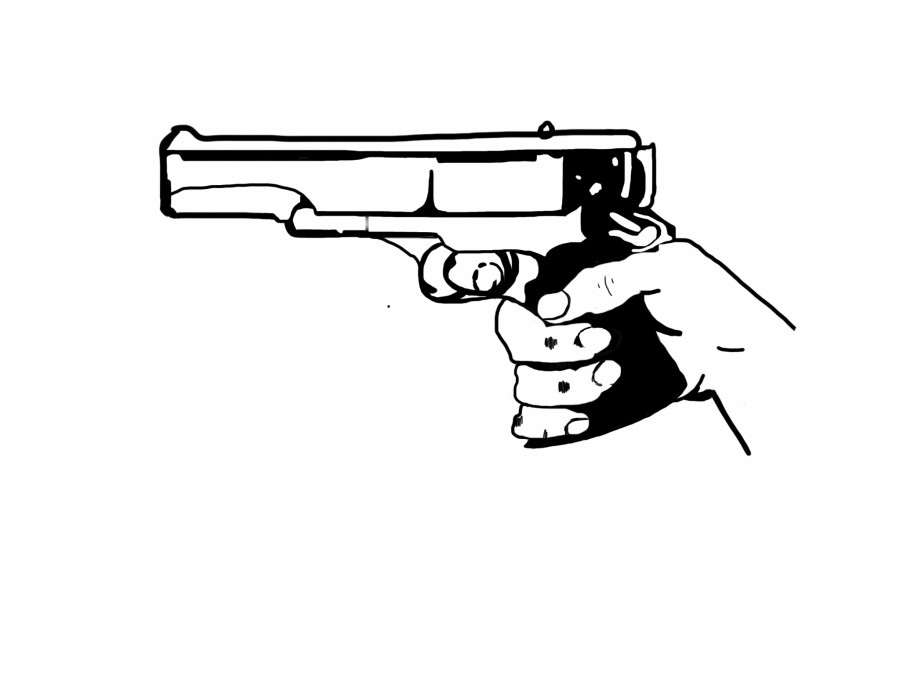 The death of a gun range instructor in White Hills, AZ has the nation once again engaged in a fierce debate over gun control. Sadly, as we have seen in the past decade, it takes the death of another person for America to wake up and realize that there is a problem with our gun laws.

Even sadder, the shooter was a 9-year-old girl who could barely hold a gun upright with both of her hands.

According to CNN.com, Charles Vacca, a gun range instructor at the Last Stop Gun Range in White Hills, AZ, was teaching a 9-year-old girl how to fire a 9mm Uzi  submachine gun when she lost control of the firearm and shot Vacca in the head.

In a video footage released by the White Hill Police Department, Vacca can be heard telling the young girl, “All right, full auto”(CNN.com). It is shortly after this part in the video when she apparently loses control over the powerful recoil of the Uzi and accidentally shoots Vacca.

Since the girl was under supervision at a licensed gun range, she did not violate any laws and, therefore, will not have charges pressed against her. No one couldn’t possibly blame the child for Vacca’s murder, right? She can’t even vote, nevertheless operate a firearm. But accusing her parents, the gun range, and the state of Arizona is a different story.

The point is that it doesn’t matter if you are democrat or republican, Christian or atheist, gun activist or not. Whatever political affiliation or belief system you associate yourself with, one thing is certain: all it takes is a person with common sense to realize that a 9-year- old, male or female, should not be learning how to shoot an automatic weapon. Period.

For some reason, the mangers at Last Stop Gun Range don’t seem to understand this.

Sam Scarmardo, the range’s operator, said that the range is in full compliance with the regulations set by the government and the  National Association of Shooting Ranges (WSJ.com). Under present conditions, this is a true statement.

According to Arizona state law, any person under the age of 18 can shoot a gun as long as they are under supervision of an adult. So, theoretically, speaking, a toddler can fire as many rounds from an AK-47 as he wishes as long as his mommy or daddy is in the same room with him.

This is ridiculous. It’s scandalous. But the worst part about the scandal is that it’s legal.

I remember when I took a trip to England last Thanksgiving and had a discussion with our tour guide about gun control. He said that it is only common sense that if citizens did not own guns, then murders such as this one could not take place. Obviously, this idea works in England, since they’ve only had four major incidents in the past three decades.

As for America, mass shootings are something that we have grown accustomed to.

In the past three decades, America has suffered from a staggering 61 mass murders. Not only that, but the rate of people killed by guns is 19.5 times higher in America than any other first world countries (ThinkProgress.com).

I support the second amendment as much as the next guy, but a 9-year-old  shooting an Uzi? Now she has to live the rest of her life knowing that she took the life of Charles Vacca. This has got to  be a traumatizing event, especially for someone her age.

Sure, people should have the right to own a firearm. That is not going to change. But why should any civilian need an automatic weapon in the first place, much less a child?  Moreover, it only makes sense that anyone who cannot vote, buy alcohol, purchase tobacco products, or even attain a driver’s license should not be in possession of a deadly firearm. Hopefully, the parents of the child who killed Charles Vacca’s–along with parents across the country–can now understand that a child and a firearm tends to produce fatal consequences.