New Orleans Saints VS. The NFL 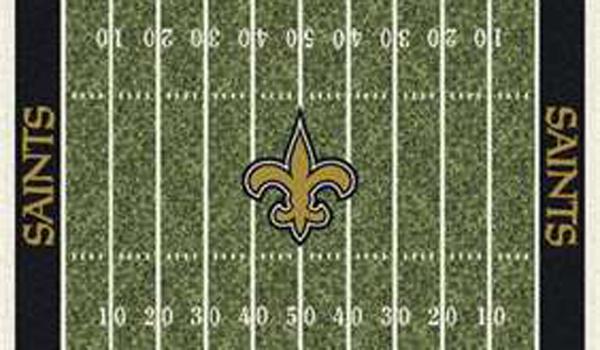 If you have been watching ESPN and the news, you probably have heard that the New Orleans Saints have gotten many punishments from the NFL.

The league is saying that the team has had bounties on players to take them out of the game. This off-season the NFL has had an investigation and has come to the conclusion that the teams former defensive coordinator Gregg Williams is the one who was running the the bounty program.

As of Friday, March 30, the Saints announced that they have appealed the commissioner’s ruling on the situation. The only problem is that the appeal goes though the commissioner so it doesn’t look like there will be many if any changes to the punishments put on the team.

The Saints are a huge part of the city of New Orleans and the state of Louisiana. People feel that the league is making the punishments for the team too harsh, and fans are making t-shirts in protest to get their voice out there. If the Who Dat Nation just sticks together, we will all get through this crazy season.

Now, with all of the drama going on with the Saints and the NFL, the league announced that they will be adding new rules to the 2012 season. Last year, the league had put a new rule for games going into overtime in the playoffs. If a game went go into overtime, the team had to score a touchdown to automatically win the game. If one team just kicked a field goal, the opposing team had a chance to get the ball and score a touchdown or field goal. Now, if both teams had a chance and neither team made a touchdown or the game were still in a tie, then the game will go into sudden death. That rule has now been put into the regular season.

This season the NFL is taking the fun out of the sport with new rules. They have made rules on what a defenseless player is.

The following hits on players in a “defenseless posture” are now illegal:

A player in the act of or just after throwing a pass.
A receiver attempting to catch a pass
A runner whose forward progress has been stopped and is already in the grasp of a tackler
A kickoff or punt returner attempting to field a kick in the air
A player on the ground at the end of a play
A kicker/punter during the kick or return
A quarterback any time after a change of possession (i.e. turnover)

With all of these new rules, it seems like the NFL is trying to completely take the defense out of the game.

This season will be an interesting season for sure, but all we will see. It seems like this will lead to some very high-scoring games by the offenses of all the teams in the NFL.