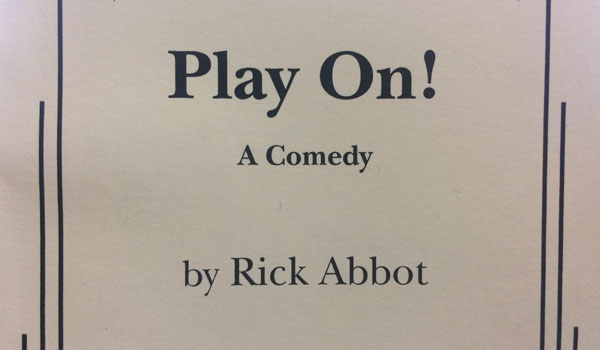 Ascension’s theater department has just started rehearsing for it’s most recent show, Play On! by Rick Abbot. This production will be a three-act comedy with two intermissions, and hopefully enough talent to keep the audience captivated through all of it.

“The play is basically about this acting group that is doing a play, but the playwright keeps changing the script two days before opening night, so it is just a disaster. However, since she is letting the group do the play for free, they must abide.  It is awesome!” said Sophomore Reece McDaniel, who started working with the school’s theater department when he was an eighth grader.

When asked about his expectations for the play he said, “I can not wait for this play, it is so fun, it is a great play, there are some lines I’m not fond of, but hey, every play has those,” said Reece.  “I think the audience will love it! It’s awesome and hilarious!”

Reece said he had his doubts about doing another school production.

“I was skeptical about the play at first since it was so much like my first play, which did not go smoothly, but soon fell in love with the play, director, and cast!  I mean, who doesn’t love a British a accent?!  Even if mine is not very good and sounds Australian!  But, yeah it’s awesome!”

The play will run for two nights, April 17th and 18th, so make sure you come see it!